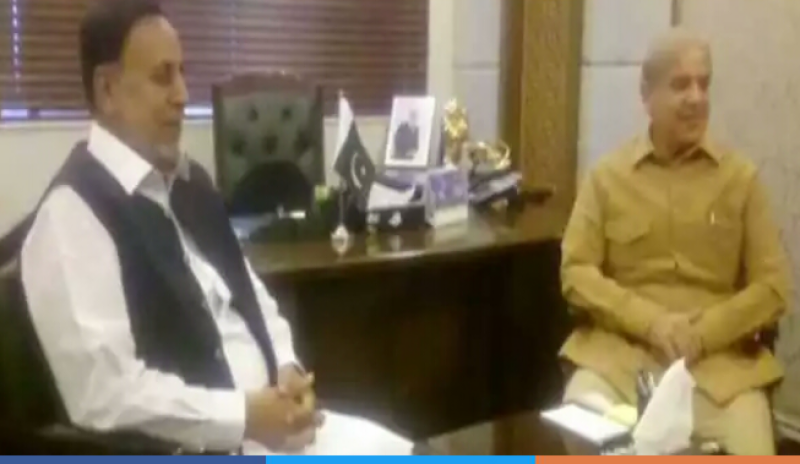 LAHORE – Chief Minister Punjab, Shehbaz Sharif and Leader of the Opposition in the Punjab Assembly, Mian Mehmood ur Rasheed held the first-ever meeting for the selection of a caretaker chief minister.

The meeting took place at the central secretariat of ruling Pakistan Muslim League Nawaz on Friday to finalize the candidate for filling the top slot of the province, till the next regime takes charge of the country.

Prime Minister Shahid Khaqan Abbasi and leader of the opposition in the National Assembly, Syed Khursheed Shah have yet to finalize the candidate for interim PM.

The top guns have had several discussions over the issue, however, the deadlock persists to this day.

Meanwhile, Shah expressed on Thursday that there would be no more meetings on the matter, claiming that the premier had from time to time withdrawn from his position.

The opposition leader and PM Abbasi have met six times to discuss the matter, however, no consensus could be reached on a candidate to fill the slot till forthcoming elections.

The current government is to conclude its five-year stint on May 31, after which the caretaker government will take charge to conduct general elections, which are expected to be held in the last week of July or the first week of August.

Speaker of the National Assembly had earlier alluded that the Election Commission of Pakistan might have to decide the name, owing to the long-standing deadlock over the issue.