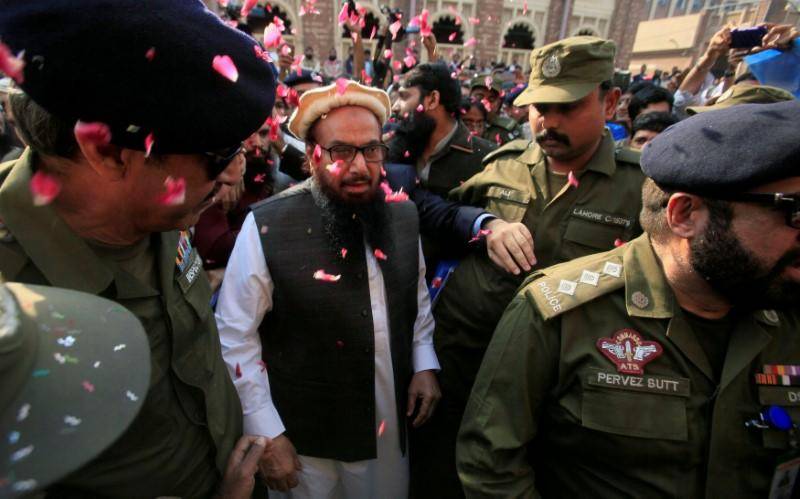 ISLAMABAD: The Chinese Foreign Ministry has rejected a report that appeared in an Indian newspaper about Beijing’s suggestion to relocate JuD chief Hafiz Saeed to a West Asian country.

On May 23, The Hindu had reported that Chinese president Xi Jinping had asked Pakistan to relocate Hafiz Saeed to a West Asian country.

The report said Chinese president had suggested this course of action to PM Shahid Khaqan Abbasi on the sidelines of the Boao Forum in China last month.

“The report is shocking because it is baseless,” the Chinese Foreign Ministry spokesperson told The Hindu.

PM Shahid Khaqan Abbasi, in an interview with a news channel, also rebuffed the news report and said no discussion has ever held with the Chinese officials about Hafiz Saeed.

He said the Bao forum was not an appropriate platform to discuss such a matter. APP