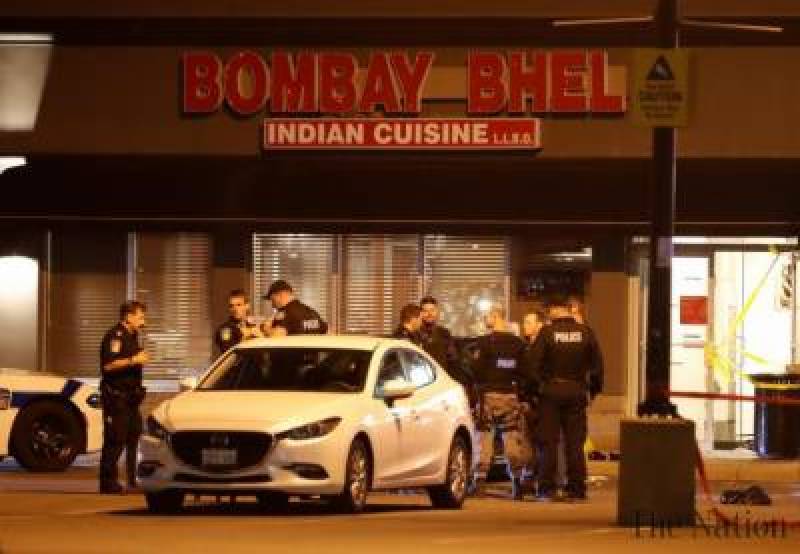 TORONTO: Two unidentified men walked into a restaurant on Thursday in the Canadian city of Mississauga and set off a bomb, wounding more than a dozen people, and then fleeing, local police said.

The blast went off in the Bombay Bhel restaurant at about 10:30 p.m local time. Fifteen people were taken to the hospital, three of them with critical injuries, the Peel Regional Paramedic Service said in a Tweet.

The two male suspects fled after detonating their improvised explosive device, Peel Regional Police said in a Tweet. No one has claimed responsibility, and the motive for the attack was not known.

Police posted a photograph on Twitter showing two people with dark zip-up hoodies walking into an establishment. One appeared to be carrying an object.

Roads in the area were closed and a large police presence was at the scene, with heavily armed tactical officers arriving as part of the large emergency response, local media reported.

The attack in Mississauga comes a month after a driver ploughed his white Ryder rental van into a lunch-hour crowd in Toronto, killing 10 people and injuring 15.

Mississauga is Canada’s sixth-largest city, with a population of 700,000 people, situated on Lake Ontario about 20 miles (32 km) west of Toronto. Bombay Bhel is an Indian restaurant chain in the metro area of Mississauga.

India’s Foreign Minister Sushma Swaraj said in a tweet that she was in constant touch with the Consul General in Toronto and the Indian High Commissioner in Canada and that the missions would work round the clock.