Massive Rise in the number of deaths from coronavirus across the World
25 Mar, 2020 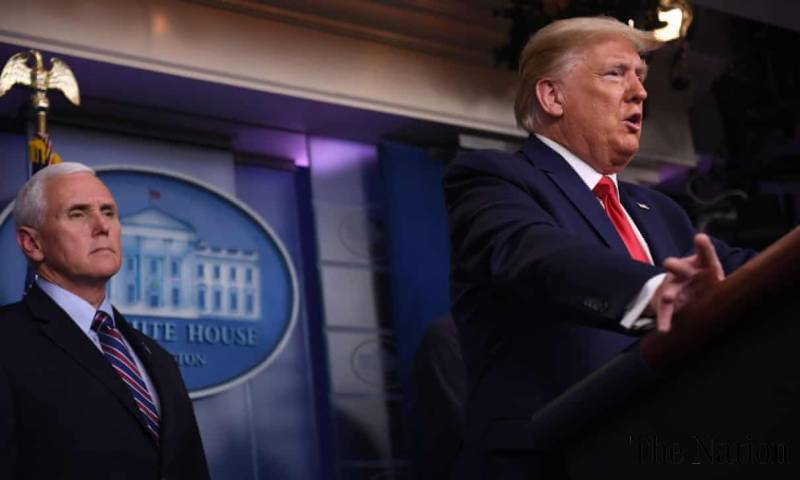 LONDON - Italy on Tuesday reported 743 new deaths from coronavirus, bringing the number of total deaths to 6,820, still the highest in the world.

The latest figures provided by the Italian Civil Protection Department show that the total number of cases in the country continues to grow, but at a slower pace for the third day in a row.

Confirmed contagions rose 7% from Monday to reach 54,030. The total number of recovered or healed people reached 8,326.

The epicenter of the Italian outbreak remains the northern Lombardy region, which counts alone 4,178 victims.

As Italy faces a crucial week to confirm if a trend reversal has been achieved in terms of new daily infections, the government continues to struggle on how to handle the emergency.

Guido Bertolaso, an emergency expert recalled at work by the Lombardy region to handle the outbreak, said on Tuesday he had tested positive, sparking new criticism.

The Italian Cabinet on Tuesday approved a new decree that introduces stronger sanctions and higher fines for citizens who breach the stricter lockdown rules.

Prime Minister Giuseppe Conte on Saturday announced new lockdown rules to tackle the virus contagion, bringing to a halt all the country’s non-strategic firms. But the measures were criticized by both opposition parties, business groups, and trade unions.

Unions have threatened a nation-wide strike to protest against the measures and the government's management of the crisis.

After emerging in Wuhan, China last December the coronavirus has spread to at least 169 countries and regions. The World Health Organization has declared the outbreak a pandemic.

According to data compiled by U.S.-based Johns Hopkins University, the number of confirmed cases worldwide is more than 407,400 with the death toll exceeding 18,200, while over 103,300 have recovered.

The coronavirus death toll in the U.S. neared 600 on Tuesday, while the number of cases reached 46,450, according to figures compiled by John Hopkins University.

The sobering new figures put the U.S. in the top three countries worldwide with the most cases, after Italy and China.

New York City and the northwestern state of Washington – where the country’s first case was reported in late January – are the hardest hit, with 125 and 113 fatalities, respectively.

In all, 333 people diagnosed with COVID-19 in the U.S. have recovered from the disease so far.

Cases have been reported in all 50 states of the U.S., as well as Washington, D.C. and the territories of Puerto Rico, Guam, and the U.S. Virgin Islands.

The Johns Hopkins figures exceed the official tally compiled by the Centers for Disease Control and Prevention (CDC), which are updated daily but only for cases reported by 4 p.m. local time (2000GMT) the preceding day.

U.S. President Donald Trump announced Sunday that he has activated the National Guard to help New York, California, and Washington state respond to the pandemic.

After emerging in Wuhan, China last December, the virus has spread to at least 168 countries and regions around the globe, claiming over 16,500 lives as of Tuesday, while confirmed cases topped 382,600.

Nearly 102,000 people have recovered from the epidemic.

The World Health Organization has declared the outbreak a pandemic. - Anadolu Agency