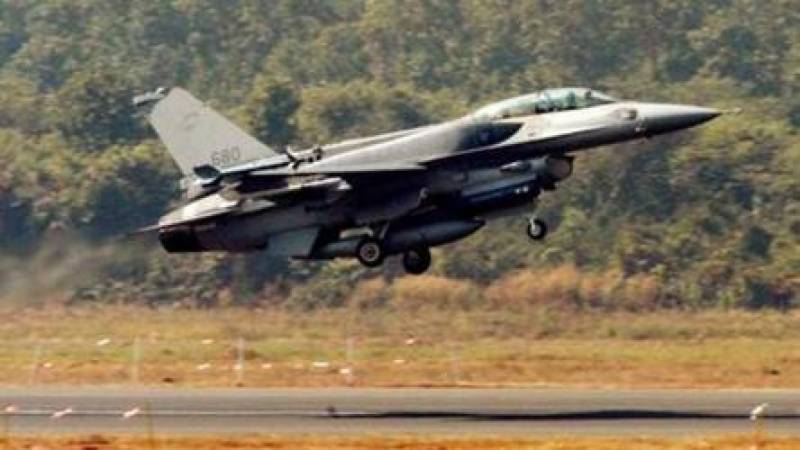 ISLAMABAD - A top expert with the Chinese defence forces has claimed it wasn’t Pakistan Air Force’s (PAF) US-made F-16 that shot down India’s MiG-21 Bison during last month’s dogfight when the two air forces had scrambled jets along the Line of Control (LoC).

Professor Jin Yinan from the National Defence University (NDU) of the PLA (People’s Liberation Army) hints - without actually saying so - that it could have been a China-built jet, possibly the jointly built JF-17 fighter aircraft, which shot down India’s jet.

Jin also argued that it wasn’t a surface-to-air missile that hit the MiG-21 Bison but an air-to-air projectile.

Jin’s interview was first published earlier this month on a Chinese website run by the PLA where he attempted to counter the narrative that it was an F-16, which shot down the Indian aircraft.

Jin, a retired general and an author, was a director of the strategic research institute at the NDU.

“Expert: Who shot down India’s MiG-21 in India-Pakistan air battle?” was the headline of the English version of the interview.

The Chinese expert’s reasoning comes against the backdrop of Beijing’s announcement that it had, along with Islamabad, started upgrading the JF-17 fighter jet.

“The development and production of the JF-17 Block 3 are underway,” Yang Wei, a Chinese legislator and chief designer of the China-Pakistan co-developed fighter jet, was quoted as saying by the state media.

A day after Pakistan retaliated the Indian Air Force’s air strikes, the Indian armed forces, in a rare tri-service press conference, had displayed parts of an AIM-120 AMRAAM (Advanced Medium-Range Air-to-Air Missile) fired by an F-16, which fell in Indian territory.

New Delhi had also underlined that electronic signatures captured by Indian radars had established the use of F-16 for the offensive.

Soon after, the US State Department had announced it was seeking more information from Pakistan on the potential misuse of American-made F-16 jets against India in violation of the end-user agreement.