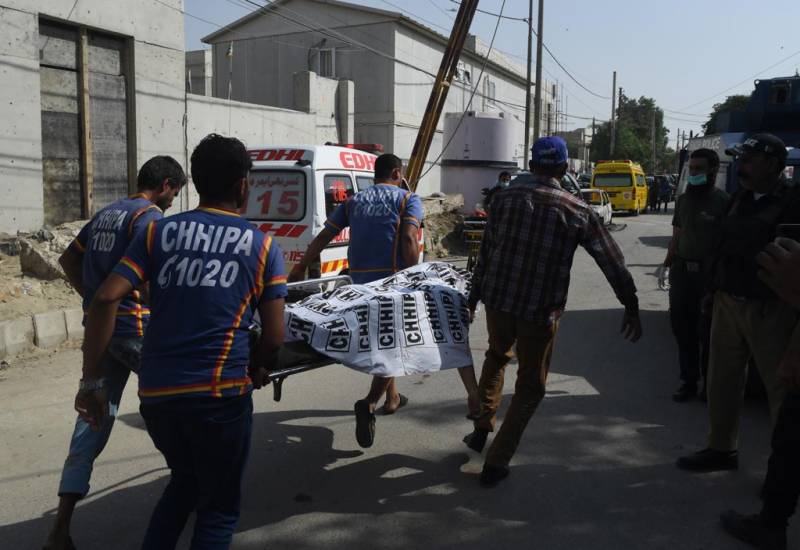 KARACHI: Two persons were killed and four others injured in a cylinder explosion at a Combined Natural Gas (CNG) filling station in North Karachi area of the metropolis on Sunday.

According to police sources, fire broke out in the compressor room of the filling station after CNG gas cylinder exploded near Powerhouse Chowrangi. As a result, two persons, including pump owner Muhammad Rashid and Saqib died while four people, Faqeer Muhammad, Hamza, Moheed and Zarnis sustained injuries.

The bodies and injured were shifted to hospitals. Soon after the incident, the fire brigade reached at the location and extinguished the blaze.

A heavy contingent of law enforcement agencies also reached the site and sealed the gas station.

He also sought a detailed inquiry report of the incident and ordered the authorities to provide best medical facilities to injured people.