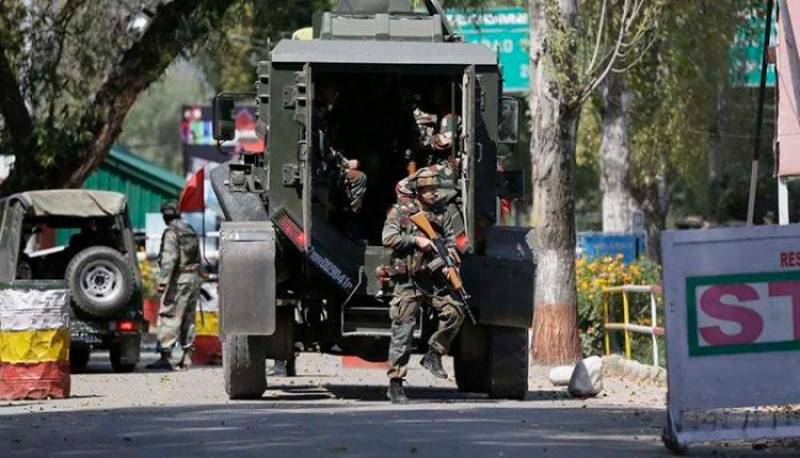 *SRINAGAR: In a fresh crackdown, Indian police have arrested over a dozen youth including Jammu and Kashmir Liberation Front (JKLF) leaders from different areas of the occupied territory.*

“Booking any of these arrested persons under the Public Safety Act (PSA) or for a long period will be decided after the background check of these persons is conducted,” the official said.

“We are calling them to police stations but most of them don’t turn up. From today onwards, the police will be assisting magistrates in sealing the offices and other locations of the JKLF,” the official said.

On the other hand, the media service of Kashmir said, Indian troops arrested Shahid Ahmad Butt, Ishfaq Ahmad Lone and Rayees Hurra from a passenger bus in Narbal along Srinagar–Baramulla highway while two more persons including a Junior Engineer, Manzoor Ahmad Itoo was booked under PSA and was shifted to Kot Bhalwal jail, Jammu.

Meanwhile, Indian police arrested two Kashmiri youth who had gone to Pakistan two months ago on legal documents while returning. They were arrested at at Lakhanpur in Kathua district while travelling in a passenger bus and were sent to Joint Interrogation Centre in Jammu.