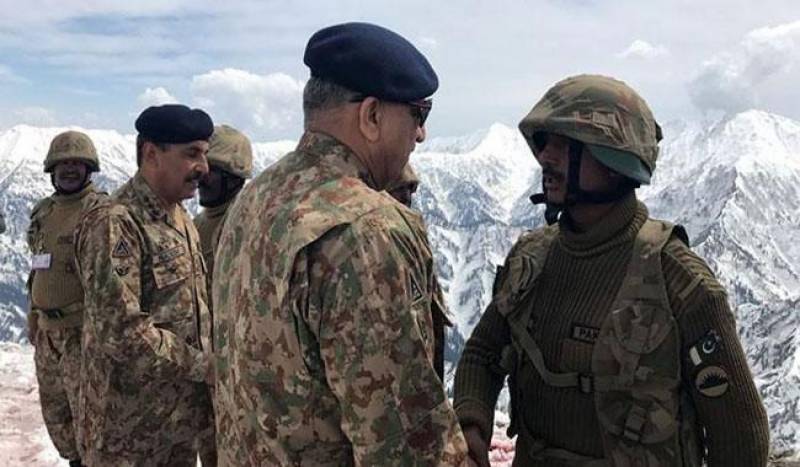 RAWALPINDI: Chief of Army Staff General Qamar Javed Baja said on Friday Indian propaganda regarding presence of miscreants along LOC is aimed at spreading unrest in Azad Jammu and Kashmir , which will never succeed.

According to the Inter-Services Public Relations (ISPR), the army chief was speaking during his visit to Line of control (LOC) in Kel Sector and forward post at Sharda, where General Officer Commanding Murree Major General Azhar Abbas briefed him on situation along LOC and Cease Fire Violations (CFVs) by India in recent months.

"People of AJ&K (Azad Jammu and Kashmir) are fully aware of Indian atrocities in Indian Held Kashmir (IHK) and Indian agendas," he said.

The army chief said the Pakistan Army would continue to ensure protection and security of people along LOC. He also directed to ensure progress and development works in the area in coordination with Azad Kashmir government.

He was also apprised regarding army's support to ongoing Housing and Population Census.