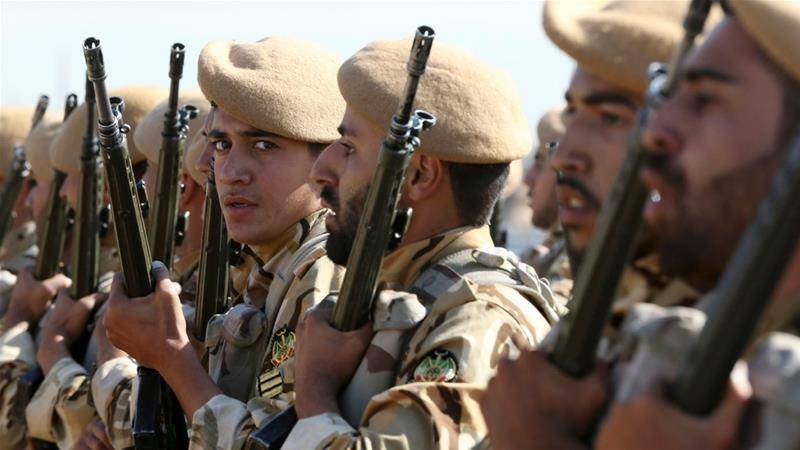 It did not say how many people were held, or where the operation took place

Authorities seized three assault rifles, a machine-gun equipped with a silencer, three suicide belts, as well as explosives and bomb-making equipment, according to the report.

Also seized were night vision goggles, three phones for remote detonation and a large amount of bullets, it added.

The arrests came days after Iran's Revolutionary Guards fired missiles from western Iran at ISIL positions in eastern Syria in retaliation for two attacks in Tehran earlier this month that were claimed by the armed group.

Since the June 7 attack, Iranian authorities have carried out several operations inside Iran, detaining dozens of people, and targeting groups suspected of having links to ISIL, which stands for Islamic State of Iraq and the Levant, and is also known as ISIS.