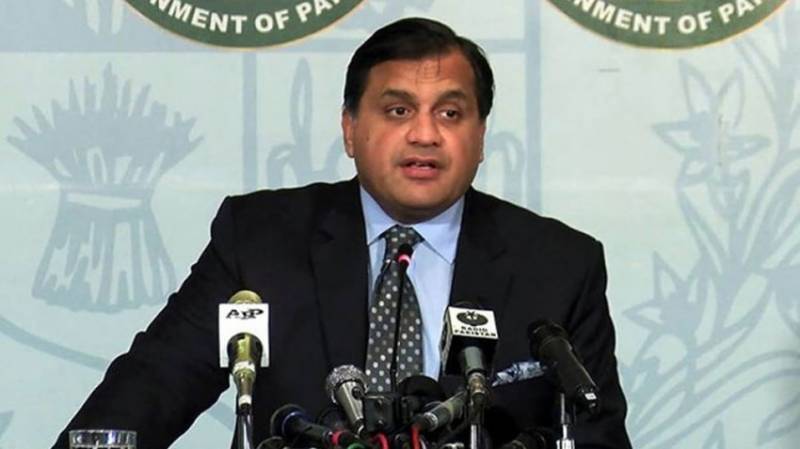 ISLAMABAD - Foreign Office has said Pakistan-US relations have been reset with the successful and productive visit of Prime Minister Imran Khan to Washington.

At his weekly news briefing in Islamabad on Thursday, Foreign Office Spokesperson Dr Muhammad Faisal pointed out that Prime Minister Imran Khan and the US President Donald Trump's held comprehensive talks focusing on building a broad-based and enduring partnership between the two countries and strengthening cooperation to bring peace, stability and economic prosperity in South Asia.

The spokesperson said Pakistan and the US have decided to establish a mechanism to follow up on the understanding reached during the visit.

Dr Muhammad Faisal said there was no mention of 'do more' during talks with the US administration. We want to move forward on the basis of mutual respect.

The Spokesperson said Pakistan welcomes US President Donald Trump's offer of mediation on Kashmir dispute. Expressing surprise over Indian reaction on the mediation offer, he said India should give a matured response for resolution of the outstanding dispute. He said Pakistan's approach is peace and dialogue based for resolution of the dispute in accordance with the UN Security resolutions and the aspirations of Kashmiri people.

Responding to a question about LOC violations by India, the spokesperson said Pakistan gives a befitting response to the Indian fire. He, however, said Pakistan desires peace and 2003 ceasefire agreement must be respected.

When asked about the next meeting on Kartarpur corridor, Dr Muhammad Faisal said Pakistan is prepared for the talks. He said the Indian side has to give the dates. He, however, expressed the confidence that the meeting will soon be held.

About Afghanistan, the spokesperson said Pakistan's role has been that of facilitator which has been acknowledged by everybody including the United States. He said we want an Afghan led and Afghan owned solution of the conflict.

To a question about Iran, the spokesperson said all parties must work towards easing the tension in the region. He said Pakistan is watching the developments in the region very closely. He said security of commercial and shipping supply lines in the Strait of Hormuz and beyond is very important and critical.