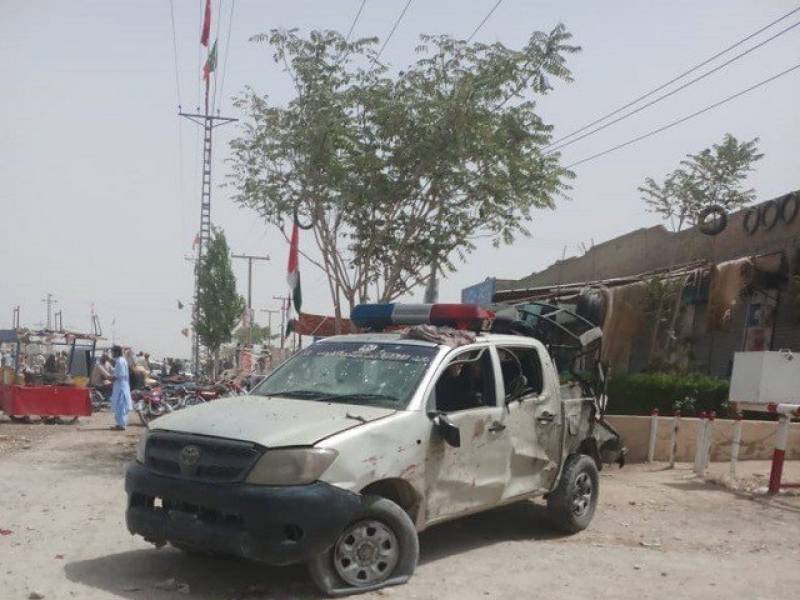 QUETTA: At least 31 people, including five police officials, were martyred and 30 injured in a suicide attack in the Bhosa Mandi area of the provincial capital on Wednesday.

The attack targetted the convoy of Deputy Inspector General (DIG) Abdul Razzaq Cheema, who remained unhurt in the attack, near a polling station on the Eastern Bypass.

Security forces established a cordon around the site of the incident. Police confirmed the attack was a suicide blast and Bomb Disposal Squad (BDS) said that 18 to 20 kilograms of explosive was used and the age of the suicide bomber could not be ascertained.

Polling resumed under the supervision of police, Frontier Corps and Pakistan Army in PB-31 constituency after the blast.

Two minors were also among the deceased. The injured were shifted to Civil Hospital Quetta. The hospital’s spokesperson Waseem Baig confirmed the casualties at 28.

The militant Islamic State claimed responsibility for the blast in Quetta, *Reuters* reported.

In a separate incident, a rocket attack took place at Balochistan National Party-Awami’s electoral camp near Bonistan in Panjgur district.

The rocket attack took place in the NA-270 and PB-43 constituency.