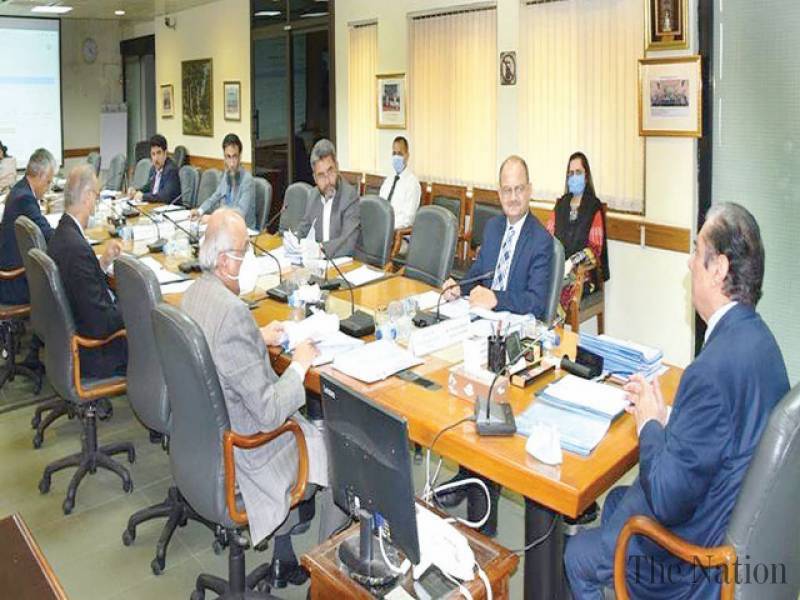 ISLAMABAD - Accountability Courts across the country convicted 14 accused persons in references filed by the National Accountability Bureau (NAB), sentencing them to imprisonment of different terms with fines.

NAB Chairman Justice (retired) Javed Iqbal was informed this during a meeting held to review the ongoing accountability process in the country, a news release said on Wednesday.

It was told that the Accountability Court Karachi had given seven years rigorous imprisonment along with a fine of Rs 10 million each to Nisar Moari, Sultan Qamar, Imran Afzal, Haji Wali Muhammad Shaukat Hussain and others in reference No 02/2018.

In the same case Abdul Manan, who is absconding, was given three years jail term, while Nisar Morai would have to undergo further four years rigorous imprisonment and fine of Rs 0.5 million.

Similarly, the Accountability Court Lahore gave seven years rigorous imprisonment to Adnan Qayyum and Suleman Farooq along with fine of Rs 3 millions and Rs 4.2 million respectively in reference No 26/2007.

The assets of both the accused were also forfeited, and if the amount of fine were not paid by them, the same could be realized by disposing of their properties by NAB. The meeting was also told that the Accountability Court Quetta, in reference No 05/2005, sentenced Khalid Shamim and to four years rigorous imprisonment each with fine of Rs 1 million and Rs 6.4 million respectively. In case of non-payment of fine, both the accused would have to serve further three months rigorous imprisonment.

The Accountability Court Hyderabad, in reference No 02/2007/H, gave jail term of five years to Mushtaq Ahmed Qureshi and one year to Wali Dad Khoso, with fine of Rs 2 million each.

The meeting was informed that accused Roshan Ali Kanasro, Ex-MD, STDC, Sindh and Ghulam Murtaza Daudpoto, Ex-GM, STDC were arrested after their dismissal of pre-arrest bail by the Supreme Court of Pakistan vide order dated 19-2-21. Transitory remand of five days was granted and physical custody of both accused persons was handed over to NAB Karachi vide dated 20-02-21, which will present them in the respected Accountability Court, Karachi for grant of remand as per law.

The NAB chairman directed all the regional bureaus to put in their best efforts vigorously in pursuance of under trial cases of NAB with complete preparation on the basis of solid evidence in accordance with law so that corrupt should be brought to justice and looted money should be recovered and deposited in the national exchequer.

ALSO, the National Accountability Bureau (NAB) had sacked 11 staffers, punishes 41, warned 52 and exonerated 25 staffers in last three years from October 11, 2017 to December 31, 2020 under its self accountability policy, said a press release.

The incumbent management of NAB was pursuing the policy of “Accountability for All.” Bureau acknowledges the good performance of the staff and punishes on the slackness in duties.

NAB has once again asked the media to avoid speculations about the cases being pursued by bureau sans confirming from its spokesman.