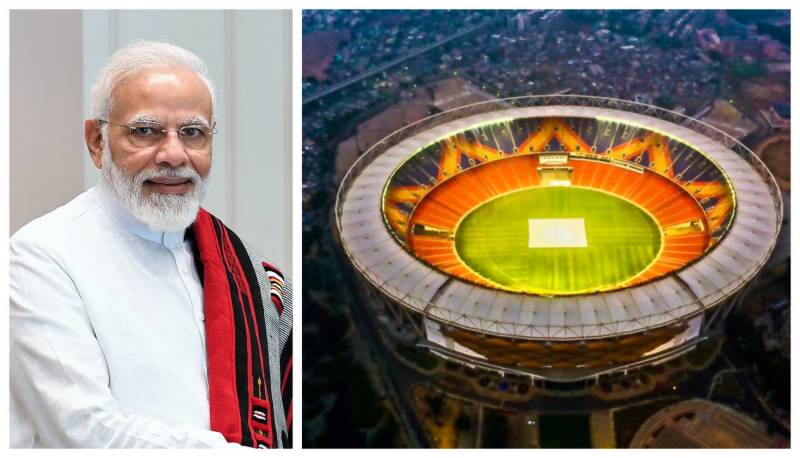 The Narendra Modi Stadium, which was formerly known as Sardar Patel Stadium in Ahmedabad, was inaugurated by President of India Ram Nath Kovind on Wednesday.

The move has drawn mixed reactions on social media with a user saying, “Narendra Modi has named Motera Stadium as "Narendra Modi Stadium" after seeking inspiration from the life of Narendra Modi”.

“Heights of Narcissism. This must be the first case in the world where a living person has named a public property after his own name. Megalomaniac!” he added.

Modi, who is serving as the prime minister for second consecutive time, has have been headlines for its anti-minority policies in violation of democratic rules.

On the other hand, Hardik Patel, president of the opposition Congress party in the state said: “The people of Gujarat will not bear this insult to Sardar Patel”.

Sardar Patel was India’s first interior minister and the authorities had named the largest sports complex after him.

Dedicating sports stadiums to former prime ministers is common practice in India, but renaming such a major venue for a sitting leader is rare move.