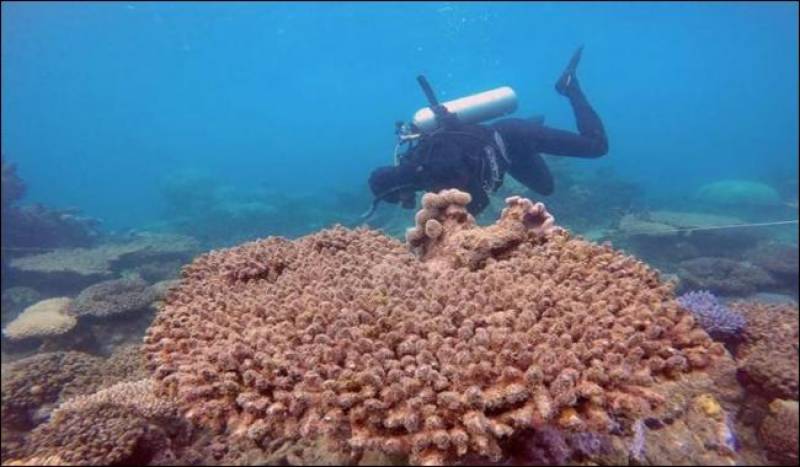 OSLO: Ocean scientists will pick 50 coral reefs worldwide to test ways to limit damage from climate change, pollution and over-fishing that threatens to wipe out 90 percent of all reefs by 2050, according to a plan launched on Thursday.

Last year was the warmest on record the third time in a row, damaging corals from Australia's Great Barrier Reef to the Caribbean, a loss for fragile species and a threat to coastal economies in the magnitude of billions of dollars.

An alliance of scientists, conservationists and philanthropists said experts will select 50 reefs around the globe during 2017 and then test conservation techniques that will be extended elsewhere if successful.

"There's been a lot of work on identifying the train crash (for corals) but very little about 'let's not let this happen'," said Ove Hoegh-Guldberg, director of the Global Change Institute at the University of Queensland and a leader of the "50 Reefs" project.

"We can change the course" of coral losses, he told Reuters in a telephone interview, adding the plan was the first global attempt to safeguard corals beyond national measures.

Methods could include no-fishing zones, cutting pollution in coastal seas, finding ways to eradicate non-native fish species or limits on scuba-diving tourism. The reefs to be chosen for study are likely to be vulnerable ones with a wide variety of marine life.

Many people wrongly associate climate change only with heatwaves, storms and wildfires on land, Michael Bloomberg, the U.N. secretary-general's special envoy for cities and climate change, said in a statement about the project.

"Some of the most disastrous effects of climate change are out of sight – on the ocean floor. In fact, unless we take urgent action, 90 percent of coral reefs are expected to disappear by 2050," he said.

Warm waters can "bleach" corals by driving away algae that give reefs their bright colours. Reefs can sometimes recover from short-term bleachings.

"The latest bleaching has been the worst die-off ever recorded," Richard Vevers, founder of the Ocean Agency, a non-profit Australian group supporting the project, told Reuters.

One in four types of fish spend part of their lives at reefs that are worth an estimated $300-$400 billion each year in terms of livelihoods from tourism, fisheries and medicines, the 50 Reefs group said in a statement.