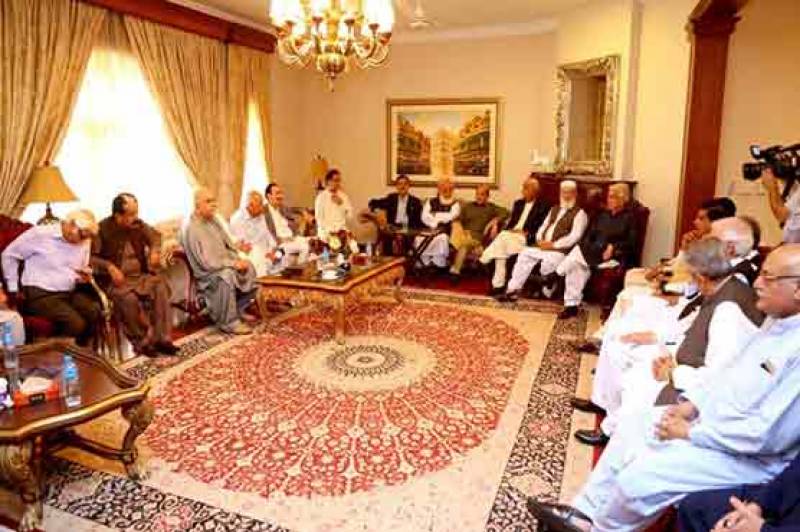 MURREE – An alliance of 11 opposition parties of Pakistan has failed to reach a consensus candidate for the slot of President of Pakistan.

The All Parties Comference (APC) of the grand opposition chaired by Pakistan Muslim League-Nawaz ( PML-N) President Shehbaz Sharif was held in Murree today.

The APC could not reach consensus to bring a joint candidate of the opposition for the elections of the president to be held on September 4.

The meeting which was attended by the leaders of 11 opposition parties including Pakistan Peoples Party (PPP) , Jamiat-e-Ulema-e-Islam-Fazl (JUI-F), Awami National Party (ANP), Mutahida Majlis-e-Amal (MMA) and others continued for around four hours.

During the meeting, the participants expressed grave concerns regarding PPP and complaint of the party’s withdrawal from premier elections and deciding against voting in favour of Shehbaz Sharif.