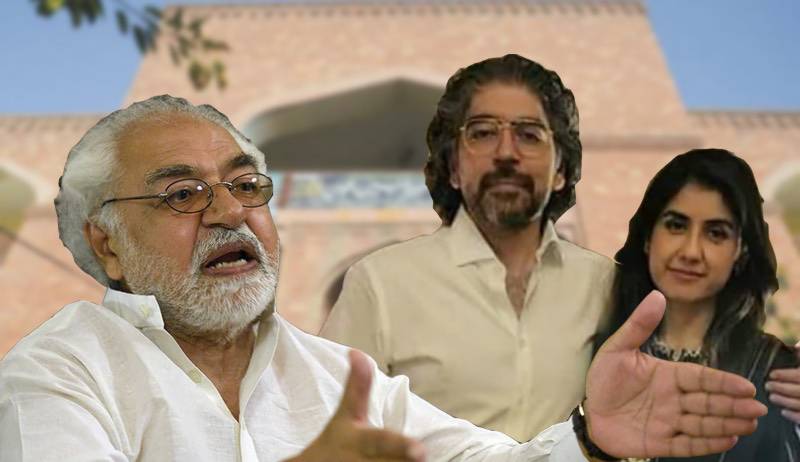 ISLAMABAD – A district and sessions court in the country’s federal capital has issued arrest warrants for Ayaz Amir, his wife Samina Shah, a day after Shahnawaz Amir brutally murdered his wife.

Earlier in the day, the capital police lodged a first information report at the Chak Shahzad police station in the ghastly murder case of Ayaz Amir’s daughter-in-law.

A day earlier, cops detained the prime suspect for killing his wife Sarah Inam as the latter arrived from UAE, where she had been working.

The FIR stated that the suspect’s mother Samina Shah called the law enforcers and informed them that Shahnawaz had murdered his wife.

Shah told cops that his son attempted to hide the body as cops subsequently raided the residence located in the Chak Shehzad area.

The culprit locked himself up in his room and cops broke inside, and blood stains were found on Shahnawaz’s hands and clothes. The culprit also confessed to killing his wife and admitted to hiding the corpse.