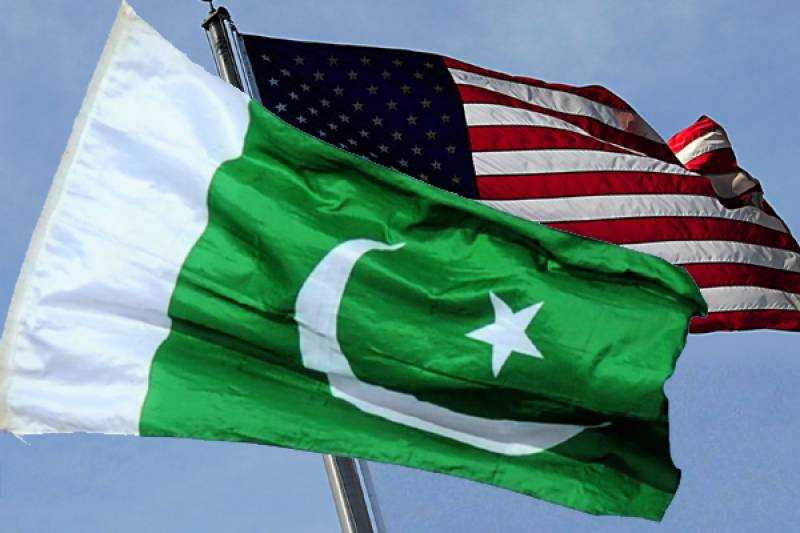 WASHINGTON - Since the day of its announcement, Pakistan’s military as well as its political government is closely analyzing the signs coming from Washington after it announced new policy in Afghanistan under the Trump administration.
The policy announced has nothing special to discuss about, just an increase the number of soldiers in order to maintain the status quo and no big breakthrough is there and once again Afghanistan is left with an uncertain future.

The only major thing to mention is Trump’s critical remarks or it can be described as an aggressive policy towards none other than Pakistan. Trump’s new Afghan policy has not only some impacts on Pakistan’s internal as well as external regional politics and Pakistan has decided to take advantage out of the criticism from Washington.
While we discuss internal side of the effects of this new policy we can definitely conclude some important points based on realities of our internal matters. In Pakistan, the military establishment is considered to be sole responsible for policy making and in charge of its foreign policy while political governments are considered very weak without having any powers to make or change or to effect its relations with any regional or international powers.

Having in context that recently its supreme court ousted country’s Prime Minister Mr. Nawaz Sharif who is considered to be the powerful politician who then had to bring a new Premier for the country from his own party, Pakistan’s military establishment has been always blamed behind the every type of story like Mr. Sharif. The situation in country was not so critical, but it is true to call it tense as military was already not so happy with the attitude of its political government towards “dawn leaks” where its military was bashed with allegations to support terrorism from country’s own political players sitting in government.

Military’s media wing openly rejected the response from government but later somehow settled this issue internally but it was seen a tactical back off from military in order not to prolong this issue as it is already involved in several conflicts fighting to defend country’s lands across the eastern & western borders and had to take government in confidence in several ongoing affairs. Sharif’s ouster was a big change in country, new premier was arrived and Trump announced its policy about Afghanistan where all the responsibility was thrown on to Pakistan.
It is a reality that all the time Pakistan sees itself in trouble internationally, its military and civilian government has to come closer in all situations in order to proactively fight for the country’ rights and its integrity. As it is believed that military is the owner of the country’s foreign policy, the first reaction came from Military’s Chief itself and then government in Islamabad started to react behind a given line.
Army’s stance on Trump’s allegation was right, strong enough, materialistic and was applauded largely. In some ways it is considered necessary for political government to act behind the military’s given policy but the fact is that governments in Islamabad take very weak stances which are late most of the times so that weak point is taken over by the military establishment and they take the charge of its foreign policy, the same was seen this time also.
After giving a response from military’s side, its foreign office came to react to Washington and rejected the claims made by Washington. Parliament condemned Trump’s allegations and applauded once again its military and sacrifices made to successfully counter the terrorism, so it was then when both the military and civilian were truly on same page.
Because the weak government in Islamabad cannot afford any more pressure or any new conflict with establishment as well as from opposition & religious parties to take a brave stand against American accusations. Inside meetings on national security brought military and civil government more closer which was itself a positive sign for country’s own internal stability pushing back all the rifts between establishment and politicians. Then it was time for government to prepare for a comprehensive response internationally.
Newly appointed foreign minister Mr. Khawaja Asif was given the task to take the regional powers in confidence before visiting the United States for United Nation General Assembly session in New York along with Premier Abbasi. The signs from regional as well as international powers came before his visits were in absolute favor of Pakistan.
Russia rejected the Washington’s future policy about Afghanistan but more interestingly it rejected its allegations against Pakistan and attributed that accusations against Pakistan will further make the situation more complex and there is no way out other than giving Pakistan more progressive role instead forgetting its sacrifices.
The same was the response from China. Keeping in view that these reactions came before Asif’s visits, Pakistan asserted the situation very well and was keen to benefit it. At other side, India got disappointed from Chinese & Russian blunt response in favor of Pakistan. Mr. Asif visited Iran, a neighbor which has sweet-sour relationship with Pakistan due to some little border issues but the fact is that both have stayed neutral and supported each other to stabilize the situation in any international issues where both or one of them is involved.
Pakistan has always stressed Washington and Tehran to resolve the Iran’s future atomic ambitions which can possibly convert the Islamic power into another country with nuclear assets that can be used for mass destruction. So Iran, Turkey & China were taken into confidence and Pakistan’s stance was reattributed.
Premier and Asif visited New York for United Nations General Assembly meeting and made it clear that Pakistan will no more accept the pressure instead will look forward more political support to help get resolve crisis in Afghanistan. Russian foreign minister was also met by Asif to discuss the situation and it was a positive move with more encouraging effects for Pakistan. Washington’s intentions to furnish India more bigger role were also rejected.
Since it was already said by country’s powerful military establishment that it is world now that has to do more, not Pakistan. A clear, solid & comprehensive response has been given against the allegations made by Washington. Trump’s new Afghanistan policy has no clear roadmap towards the process of a better & peaceful Afghanistan. Pakistan has eradicated the terrorist elements from its soil; it has nothing to lose in this blame game.
Pakistan has benefitted from this situation very well. It has come closer to the world powers. Its position is being praised, its sacrifices are being acknowledged and its importance in regional peace has been elevated. It has more aggressive approaches that can be adopted to notify Washington its significance but those aggressive measures would only be taken once Pakistan is sure that Washington really wants to go for what Trump stated in his speech while announcing his Afghan Policy.
Written By:
Adeel Javed
Freelance Writer & Enthusiast
adeel_396@hotmail.com