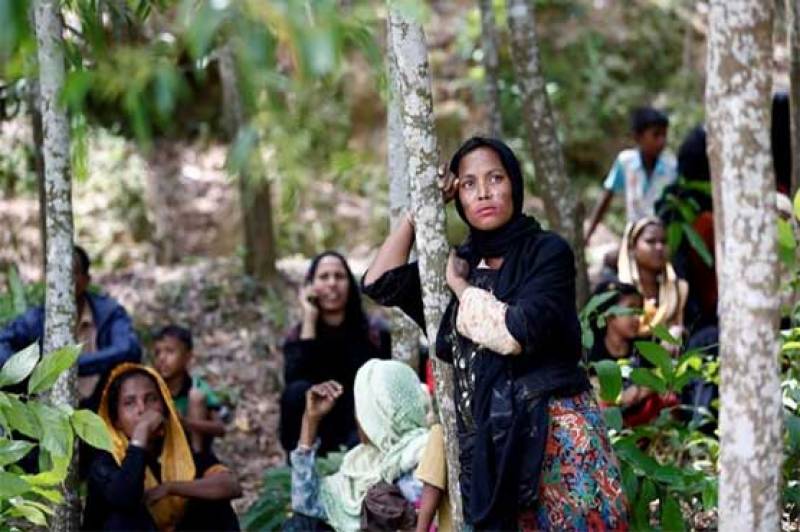 LEDA REFUGEE CAMP - Shamila clutches her daughter’s hand so tightly it turns white as she recounts how soldiers broke into her home in Myanmar and gang-raped her in front of her children -- a story heard over and over in Bangladesh refugee camps.

UN observers say they have seen scores of rape and gang rape survivors among the Rohingya who have fled ethnic violence in Myanmar in recent weeks.

Almost all said the perpetrators were men in uniform who they identified as Myanmar military.

Those cases, experts say, are almost certainly the tip of the iceberg.

The social stigma surrounding rape in their conservative Muslim society and the challenge of finding shelter and food means many women and girls have likely not yet come forward.

Shamila, not her real name, says she was still bleeding from the attack when she arrived in Bangladesh after walking for three days.

"All three soldiers raped me," she said, tears in her eyes, as she gripped the hand of the six-year-old sitting beside her in a pink vest and shorts.

"When they left, I ran out of the house with two of my children and followed the crowd of people running for their lives."

Shamila’s husband was out when the attack happened and she has not seen him since. She does not know where her other three children are -- they were playing outside when the soldiers came and had disappeared by the time it was over, she said.

The story of the 25-year-old who now lives in a makeshift camp, is one UN observers say they have heard time and again from Rohingya women and adolescent girls fleeing the eruption of violence that started on August 25.

A UN fact-finding mission is working in the refugee camps to investigate allegations of rights abuses in Myanmar, including sexual violence.

Survivors have described sexual violence being used as a "calculated tool of terror to force targeted populations to flee", she said.