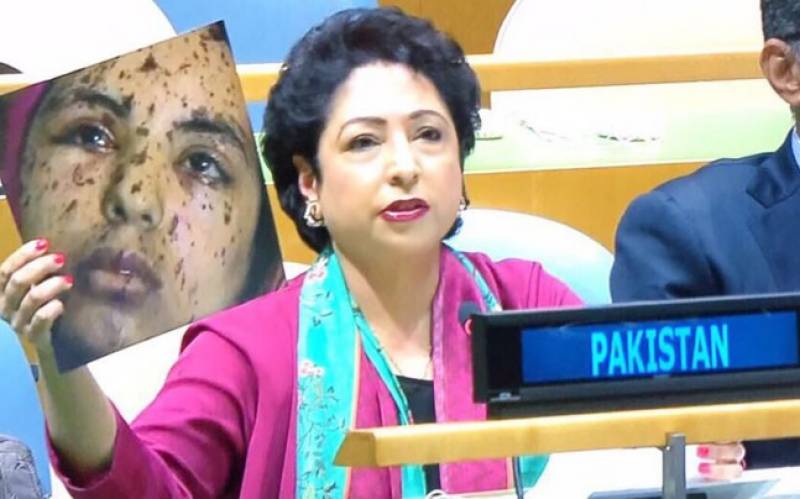 Lodhi showed off picture of a Palestinian girl — her face bearing multiple bruises — and portrayed it as an evidence of Indian atrocities in Kashmir.

The photograph was clicked in Gaza in 2014 by award winning photographer Heidi Levine. The girl — Rawya Abu Joma, who was then 17 years old –had been injured during an Israeli airstrike, the original caption with the photograph said.

“This was the face of Indian democracy,” she said, adding that “India is Mother of terrorism in South Asia”.

She said Indian spy Kulbhushan Yadav has confessed of committing terrorism in Pakistan.

Pakistan’s Foreign Office has yet to officially respond over the blunder.