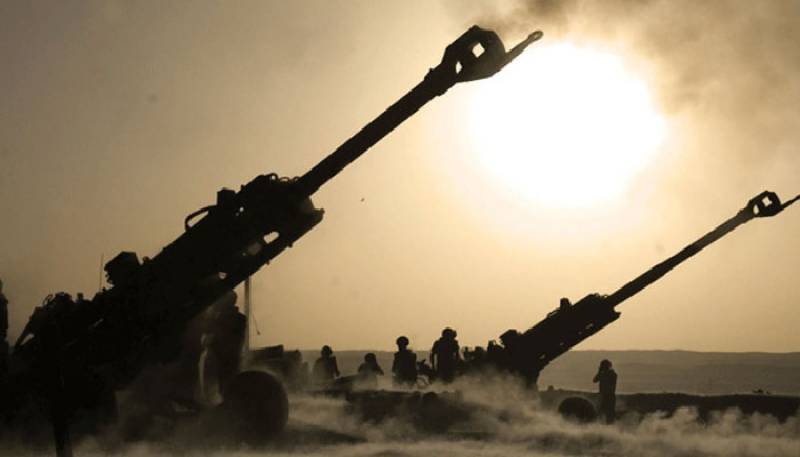 NEW DELHI - A preliminary investigation has found that faulty ammunition was the reason behind the explosion on the Army's new long-range ultra-light (ULH) howitzer M-777 during a field trial in Pokhran earlier this month, official sources said.

The barrel of the US-manufactured gun had exploded when it was firing Indian ammunition on September 2.

A preliminary inquiry has found that the explosion took place due to faulty ammunition supplied by the Ordnance Factory Board (OFB) and further probe into the matter was on, the sources said.

Asked about the findings of the probe, OFB spokesperson Uddipan Mukherjee said, "Any such failure is attributable to a complex phenomena pertaining to internal ballistics as the shell moves at a very high speed inside the barrel."

He said these kind of failures can have multiple causes and "the quality of the shell is not the only reason".

Without specifically commenting on the findings of the probe, Mukherjee said ammunition used in the M-777 gun had undergone the required quality tests.

India had received two M-777 ultra-light howitzers in May, each worth around Rs 35 crore, after a gap of 30 years since the Bofors scandal broke out, and the accident took place in one of them.

The field trials of the 155 mm, 39-calibre guns manufactured by BAE systems were being carried out at Pokhran in Rajasthan with an aim to collate various critical data like trajectory, speed and frequency.

Army sources had said the barrel of the gun was damaged in the explosion.

The Army had received the howitzers as part of an order for 145 guns. Three more guns are to be supplied to the Army in September 2018 for training.

Thereafter, induction will commence from March 2019 onwards with five guns per month till the complete consignment is received by mid-2021.

India had last procured howitzers in the mid-1980s from Swedish defence major Bofors. The alleged pay-offs in the deal and its subsequent political ramifications had severely crippled the Indian Army's procurement of artillery guns.

The defence ministry had struck a government-to- government deal with the US last November for supply of the 145 howitzers at a cost of nearly Rs 5,000 crore.

While 25 guns will come in a fly-away condition, the rest will be assembled in India by the BAE Systems in partnership with Mahindra Defence.

The Army has been pressing the government to speed up its modernisation programme.