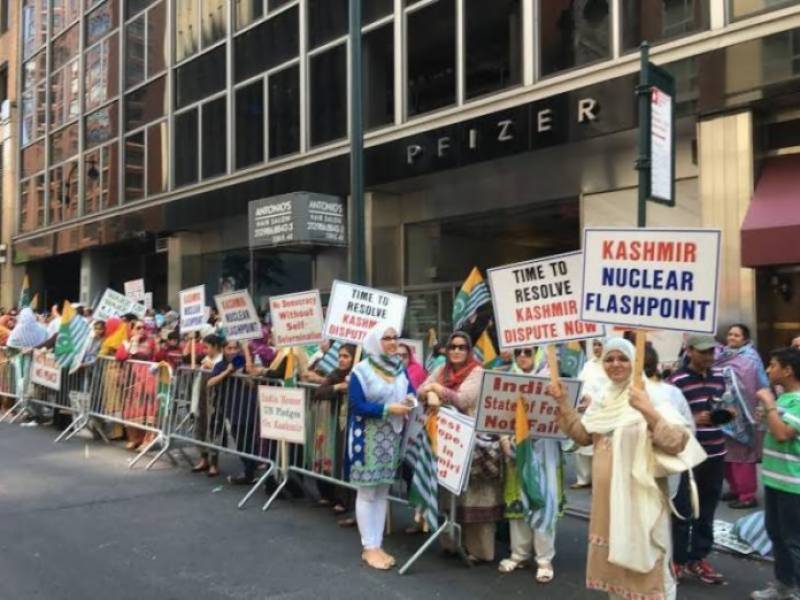 Both groups called on the international community to raise its voice against human rights abuses by Indian security forces in Indian occupied Kashmir and Punjab.

The  Kashmiris , who had gathered in big numbers, called on UN Secretary-General Antonio Guterres to take urgent steps to implement the world body's resolutions that provide for the exercise of right of self-determination by the Kashmiri people.

Both the Kashmiris and Sikhs have been fighting long in India for their rights from the Indian government and demanding separate states.