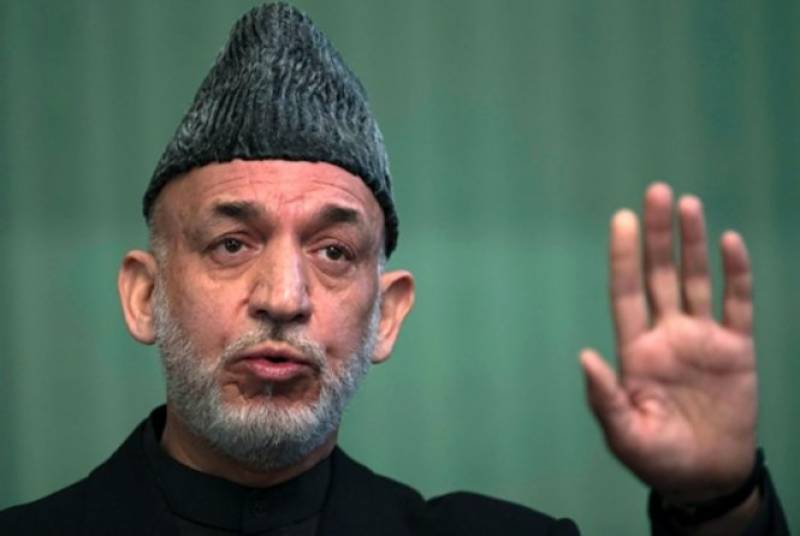 KABUL - The former Afghan President Hamid Karzai reaffirmed his opposition to the new US strategy for Afghanistan and South Asia as he expressed doubts regarding the latest stance Washington has adopted against Pakistan.

Speaking to Foreign Policy in his office in Kabul, Karzai said the new US strategy has not been announced with an aim to end the ongoing conflict and violence but rather the US administration wants the conflict to continue.

In regards to the latest stance Washington has adopted against Islamabad, the former President said the issue of Pakistan was shared for years with the Americans.

“They not only ignored me, they named Pakistan as a major ally,” he added.

Karzai believes the new stance Washington has adopted against Islamabad is aimed at finding a justification to main the war and conflict in Afghanistan.

He described his pessimism regarding the stance while raising questions regarding the long time taken for the US administration to decide the regarding lies of Pakistan.

“It doesn’t take a country 15 years to decide whether someone [Pakistan] is lying to them or not; 15 years is a long time. They can’t come to us after 15 years and say Pakistan is exporting terrorism,” he said.

The remarks by Karzai came as the Afghan government is optimistic and welcomed the announcement of the new strategy, calling it a move the Afghans have long been waiting for and demanding to eliminate the menace of terror from the region.