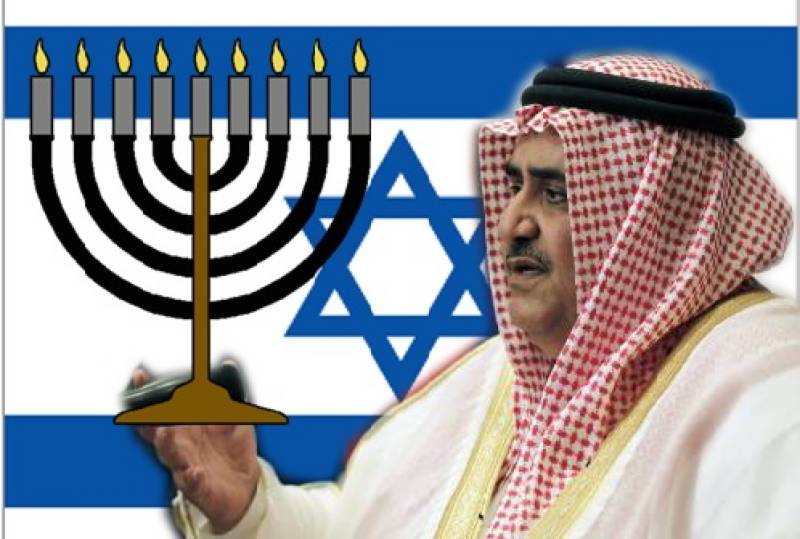 RIYADH - Bahraini and Western officials say  Israel is on the path to normalize diplomatic ties with Bahrain as the two sides draw closer, with an announcement even possible in the relatively near future.

The unnamed officials told the Middle East Eye news portal on Saturday that an official announcement of the establishment of relations could happen as soon as next year.

The officials said Bahrain and Israel are already working to set up exchange visits of businessmen and religious figures, and even of ministers.

“I do not think we will witness the opening of an Israeli embassy here, but probably we will have official visits from ministers of trade and economic affairs,” one unnamed Western official was quoted as saying.

The contacts would in time be followed by official announcements of business deals between Tel Aviv and Manama, the source added.

Establishing ties with Israel, the official said, would not be problematic. “Israel does not threaten our security or conspire on us but Iran certainly does,” the official claimed.

Tehran is a constant critic of the Bahraini regime's crackdown on pro-democracy protests with the help of Saudi troops. Manama frequently claims arrest of elements linked to the Islamic Republic which Iran has dismissed as baseless.

Meanwhile, human rights groups have repeatedly denounced the arrests as arbitrary and criticized the Bahraini regime for forced confessions and torture of detainees.

Bahrain has no formal diplomatic relations with Israel. However, a trickle of Israeli tourists and businessmen have been known to visit the Persian Gulf island of 1.4 million people in recent years.

According to a secret US diplomatic cable published by WikiLeaks, the Bahraini king boasted to an American official that Manama had contacts with Israel “at the intelligence/security level" meaning Mossad.

Earlier this week, Israeli newspapers quoted a prominent rabbi who met with Bahrain’s King Hamad bin Isa Al Khalifa as saying that the king told him he opposed the Arab states’ boycott of Israel and intended to allow citizens from his kingdom to visit Israel.

Israel’s Foreign Ministry confirmed on its Twitter account, "Bahrain's King Hamad bin Isa Al Khalifah denounced the Arab boycott against Israel and has confirmed that Bahraini citizens are now free to visit #Israel." The post, however, was quickly deleted.