Anina Ciuciu: Journey of a french woman from beggar to a Senator
24 Sep, 2017 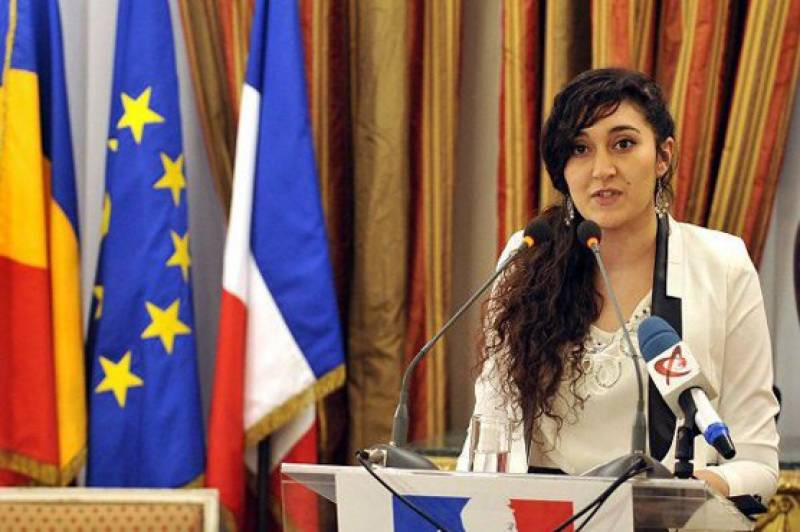 PARIS - Anina Ciuciu, a 27-year-old law student who once begged for centimes, is vying to become France’s first Roma senator on Sunday.

Ciuciu says she wants to “pave the way” for other Roma, a minority who have long been marginalised in France where some 20,000 of them live in hundreds of shantytowns around the country.

“I was a beggar, I was constantly humiliated,” Ciuciu told AFP. “My story shows that anything is possible.”

Ciuciu was seven when she and her family left post-Communist Romania at the height of an economic crisis.

Her accountant father, mother and their three daughters crossed the former Yugoslavia on foot at a time when the fields were still strewn with mines laid during the Balkan wars, eventually making it to Rome.

“We risked our lives like today’s migrants are doing,” Ciuciu said.

The family endured six months in squalid conditions in a huge refugee camp on the outskirts of Rome before heading to France.

“My father wanted to give us a future in the land of human rights,” said Ciuciu, who has waist-long curly dark hair.

But in France, the family was refused asylum, and they resorted to begging.

One day in Bourg-en-Bresse, a town near the eastern city of Lyon, an encounter with a schoolteacher changed the course of their lives.

Jacqueline de la Fontaine took them under her wing, helping them to fulfil their dream of enrolling the girls in school.

Ciuciu, described by the teacher as determined and gifted, learned French and graduated from high school with top marks, before entering Paris’s prestigious Sorbonne university to study law.

In 2013, she wrote a book called: “Je Suis Tzigane et Je le Reste” which loosely translates as “I’m a gypsy for good” in a move that she says helped her obtain French nationality. So far, she is the only member of her family to do so.