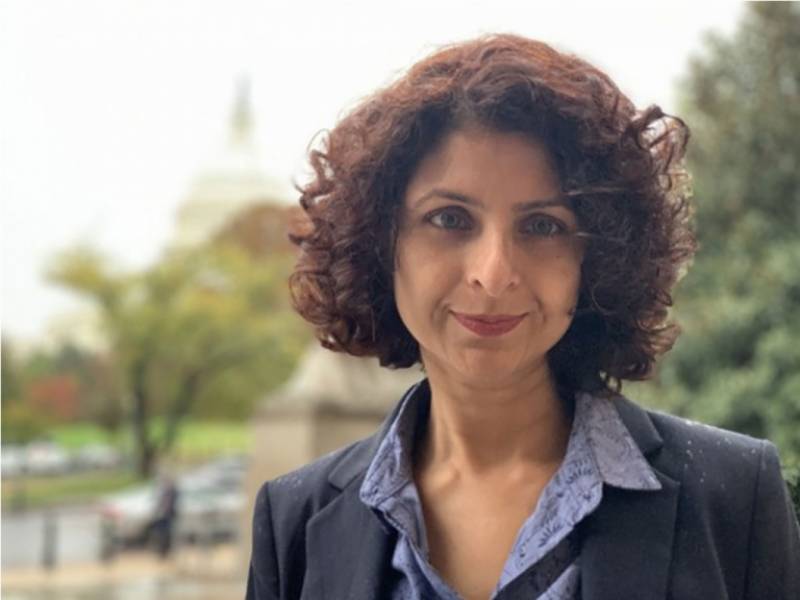 ISLAMABAD - Indian journalist Aarti Tikoo Singh has said she was “set up" by pro-Pakistani US congress in congressional hearing on Kashmir. Aarti said the hearing was biased as the speakers spoke in favour of Pakistan and criticised India. She also expressed her disappointment on the US Congress panel gagging her during the hearings.

Speaking at a hearing on human rights in South Asia held by the House of Representatives Subcommittee on Asia and the Pacific in Washington, the Economic Times quoted her as saying, “The United States House of Foreign Affairs Committee hearing was prejudiced, biased and it was set up against India and in favour of Pakistan."

During her speech, Aarti Tikoo Singh also hurled criticism over Pakistan's role in Jammu and Kashmir but she also admitted the fact that Indian forces are involved in human rights abuses in the held valley.

Two other speakers of Indian descent, Nitasha Kaul and Angana Chattrjee, gave testimony critical of India. They highlighted the grave situation in Occupied Kashmir and the Indian government's hostile policies.

Speaking over the situation in Occupied Kashmir, Singh maintained the denial of democratic rights in Indian-Administered Kashmir affects not only the residents but also those living outside India and overseas. She admitted the Western and Indian press presented a “distorted reality of Kashmir".

Kashmiri Muslims have suffered most from terrorism, a truth ignored by Western media and rights groups.

She was quoted as saying by The Economic Times: “In the last 30 years, terrorists killed more Kashmiri Muslim civilians than the members of any other community in Kashmir."

“There is no human rights activist and no press in the world that feels it is their moral obligation to talk or write about the victims of Pakistani terror in Kashmir," Singh remarked.

“While they are rightly highlighting the instances of violations committed by the Indian security, the story is often presented without context that helps the perpetrators and not the human rights abuse in Kashmir," she added.

She said that although she grew up in destitution as one of the Kashmiri Pandit refugees, she was appearing at the hearing not as a representative of her community but as a “conscientious journalist who believes that the duty of a journalist is to be watchdog of society".