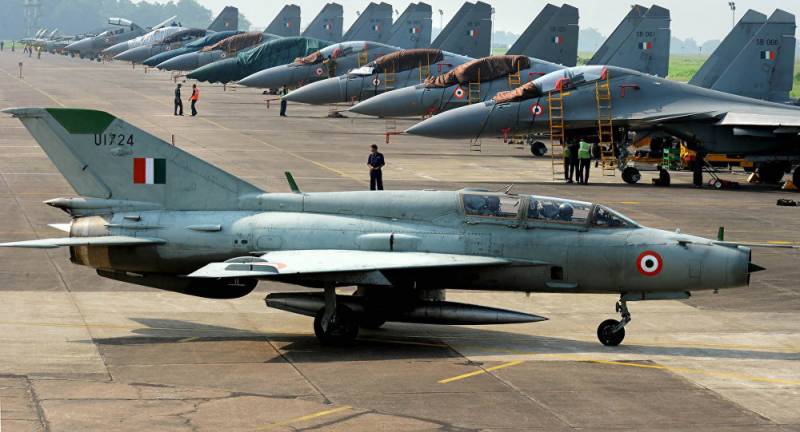 New Delhi (Sputnik) — In a rude shock to  India, which has been preparing to issue a global tender for single-engine fighter jets, America's Lockheed Martin, considered a front-runner for the deal, has announced that it will not guarantee total transfer of technology if it is awarded the $10 billion contract. This has added to the woes of  India's defense ministry that is already in the eye of a storm for failing to convince Dassault Aviation of France to transfer the technology for the multirole Rafale fighter aircraft.

"It will never be full transfer of technology. It is not in the national interest or industry's interest. Certain technologies are not transferable to anyone in the world," Keith Webster, senior vice-president of Defense and Aerospace, a US-India Strategic Partnership Forum (USISPF), said in an interview with The Hindu Business Line on Tuesday.

The American F-16 and Swedish Gripen are the main contenders in the prospective deal of 114 fighter aircrafts, in which India intends to purchase 10 in flyaway condition, and the rest will be manufactured in  India at a facility set up by the winning firm.

"Only a handful of aviation players have the main technologies in terms of radar, engines, stealth, EW systems, etc. India is the largest market and it is also an emerging power. No one would want India to become independent on this count," Air Marshal Anil Chopra (retired), a defense analyst told Sputnik.

Swedish SAAB has promised full technology transfer of its Gripen-E fighter. However, Gripen is not India's first choice as SAAB itself imports most of the components from elsewhere.

However, the Indian Air Force is not much satisfied with the progress made in the development of the aircraft by the state-owned manufacturer Hindustan Aeronautics Ltd. This is being viewed as a major reason behind the Indian Air Force's delay in placing the order for 83 of HAL's superior Tejas MK-1 fighter aircraft.

Even if everything goes according to the promise made by HAL, it can deliver 16 Tejas Mark-1A per year and the induction of all 83 will be complete by 2028. However, the number and pace of delivery would not be enough, as the Indian Air Force has set a target to replace all 11 squadrons (18-20 fighter jets in a squadron) of its Russian-made MiG-21 and MiG-27 aircraft by 2024.
"To cater to delays and performance shortfall, India must buy single-engine aircraft and arm-twist at least all of the low-end systems it currently has," Air Marshall Chopra concluded.

But will this change the dwindling strength of the Indian Air Force? "Seems unlikely, as we [have] already [fallen] behind a decade due to indecision," a senior Indian Air Force official told Sputnik.

The concern is not illegitimate, as even in the best-case scenario if the government decides on the purchase of single fighter jets by 2020, a maximum of seven squadron single-engine fighters would be available to the Indian Air Force by 2032. Presently, the Indian Air Force has 33 squadrons against the parliamentary panel recommendation of 42 squadrons in order to be able to defend itself from Chinese and Pakistan troops simultaneously.