US officially responds over release of Hafiz Saeed, fresh demands made from Pakistan
24 Nov, 2017 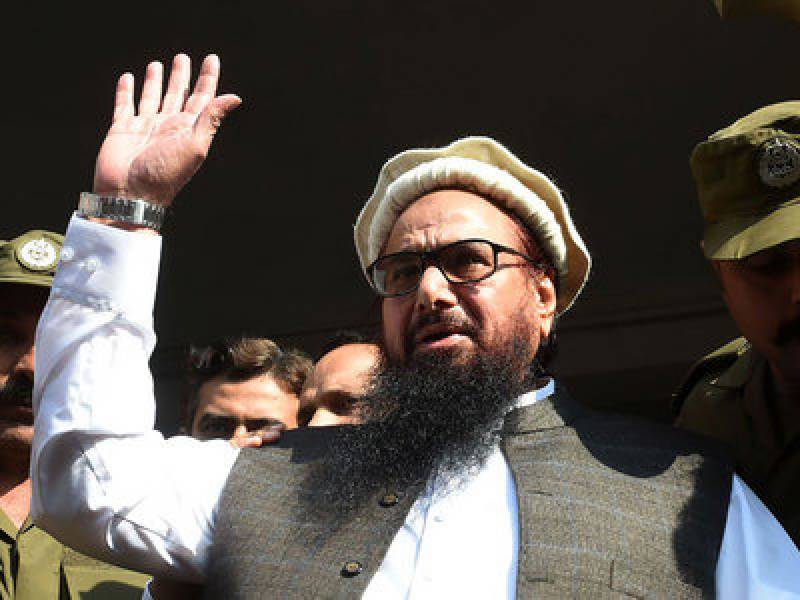 WASHINGTON -  United States has shown its concern over the release of Hafiz Saeed, saying he should be “arrested and charged for his crimes”.

“The United States is deeply concerned that Lashkar-e-Tayyiba (LeT) leader Hafiz Seed has been released from house arrest in Pakistan,” State Department spokesperson Heather Nauert said in a statement on Friday.

“The Pakistani government should make sure that he is arrested and charged for his crimes.”

In May 2008, the United States Department of the Treasury designated Saeed as a Specially Designated Global Terrorist under Executive Order 13224.

Saeed was also individually designated by the United Nations under UNSCR 1267 in December 2008 following the November 2008 Mumbai attack in which six American citizens were also killed.

The JuD chief, who has a $10 million US bounty on his head, was freed earlier in the day from 11 months of house arrest by the Lahore High Court, which said there was no evidence to hold him.

Meanwhile, India has termed the release “an attempt by the Pakistani system to mainstream proscribed terrorists”.

“India, as indeed the entire international community, is outraged that a self-confessed and a UN proscribed terrorist is allowed to walk free and continue with his evil agenda,” Raveesh Kumar, India’s foreign ministry spokesperson, told reporters at a weekly briefing in New Delhi on Thursday.