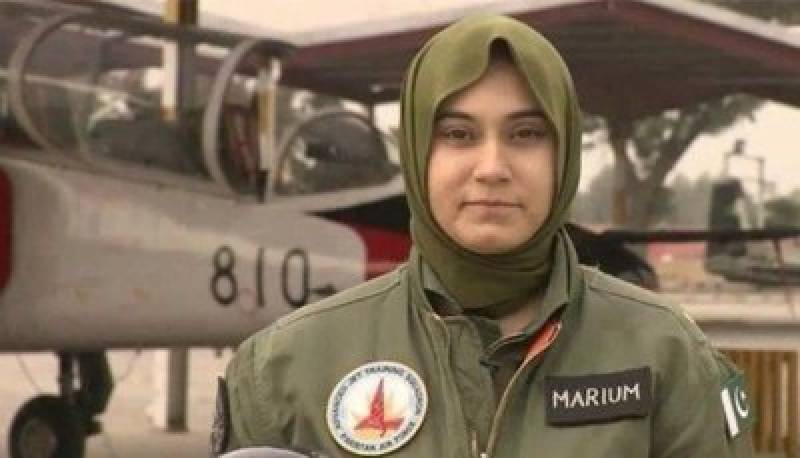 She was the first female pilot of Pakistan Air Force who sacrificed her life in line of duty and attained Shahadat.

She was on a mission when her trainer jet crashed near Kundian area of district Mianwali two years ago.

In his message, Punjab Chief Minister Muhammad Shahbaz Sharif said Shaheed Pilot Marium Mukhtar is the pride of the nation and a strong symbol of bravery and courage for the whole country.