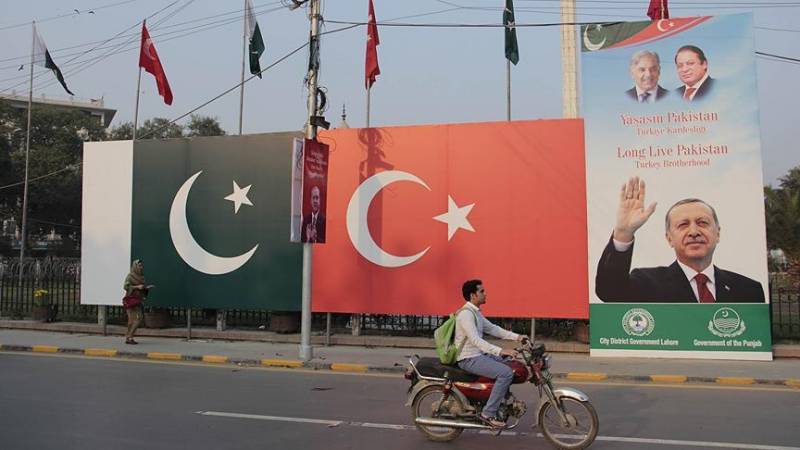 ISLAMABAD: Defence Production Minister Rana Tanveer Hussain and Minister for National Defence of Turkey, Nurettin Canikli had a comprehensive review of bilateral cooperation, particularly the ongoing defence industry projects between the two countries in a meeting held in Ankara on Friday.

According to a message received here, the ministers expressing satisfaction at the flourishing relationship between Pakistan and Turkey, vowed to further deepen and broaden defence industry cooperation. They noted that the growing level of bilateral cooperation was consistent with the vision of the leaders on both sides. Both sides agreed to further increase mutual contact and exchange of visits with a view to realizing the full potential in defence collaboration and identifying new projects.

Minister Rana Tanveer noted that the defence industries of the two brotherly countries had significant capacities and capabilities and closer mutual collaboration would help them realize the full potential. He hoped that both countries would explore further possibilities of joint ventures and co-production.

Turkish Defence Minister Nurettin Canikli said that the brotherly relations between Pakistan and Turkey are deeply rooted in history. He said this brotherhood is reflected in all level of relationships. He stressed on the need of collaboration for developing critical technologies to meet contemporary challenges.

Earlier, upon his arrival at the National Defence Ministry, a smartly turned-out contingent of the Turkish Armed Forces presented guard of honour to the visiting Pakistani Minister.