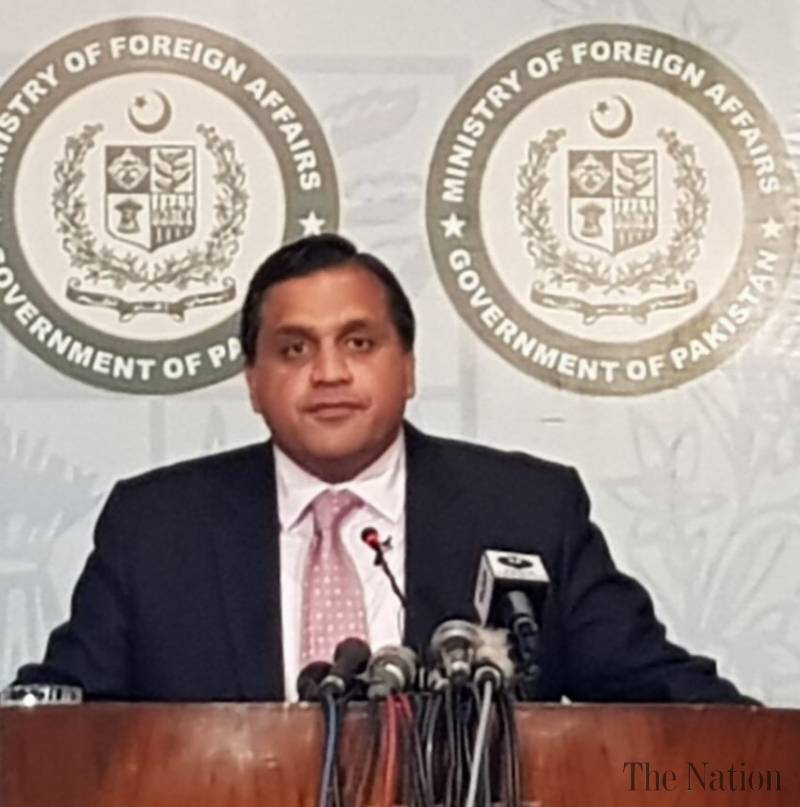 ISLAMABAD -  Pakistan Thursday said that conditionality related to action against the Haqqani Network for reimbursement of $700 million to Pakistan under the Coalition Support Fund was ‘not new.’

Speaking at a weekly news briefing here, Foreign Office Spokesperson Dr Mohammed Faisal said the US Congress recently passed the National Defence Authorisation Bill for fiscal year 2018 which included provisions for reimbursement of $700 million to the Pakistan under the CSF.

“The conditionality with regard to the Haqqani network is not new and was also part of previous authorizations. Efforts to stretch this conditionality by adding other organizations did not succeed,” he said.

Faisal added: “Pakistan and the US are engaged in discussing all issues of mutual interest, including advancing peace and stability in the region. More than 43 per cent of Afghan territory is ungoverned, which created space for sanctuaries and safe havens for terrorist outfits.”

Asked to comment on US President Donald Trump’s declaration that North Korea was a state sponsor of terrorism, he said Pakistan was monitoring the situation in the Korean Peninsula and shared the concerns over the tensions in the region.

He said Pakistan supported the resolution of the issue through peaceful means. “Pakistan also supports the resumption of Six-Party Talks process at an early date to reduce the tensions,” he mentioned.

To a question, the spokesperson said the US defence secretary was expected to visit Pakistan in the next few weeks. “Dates are being worked out. Pakistan and the US are engaged in discussing all issues including those relating to regional peace and security,” he maintained.

The spokesperson said there was also network of Indian intelligence agency – the Research and Analysis Wing - in Afghanistan which was involved in terrorist activities.