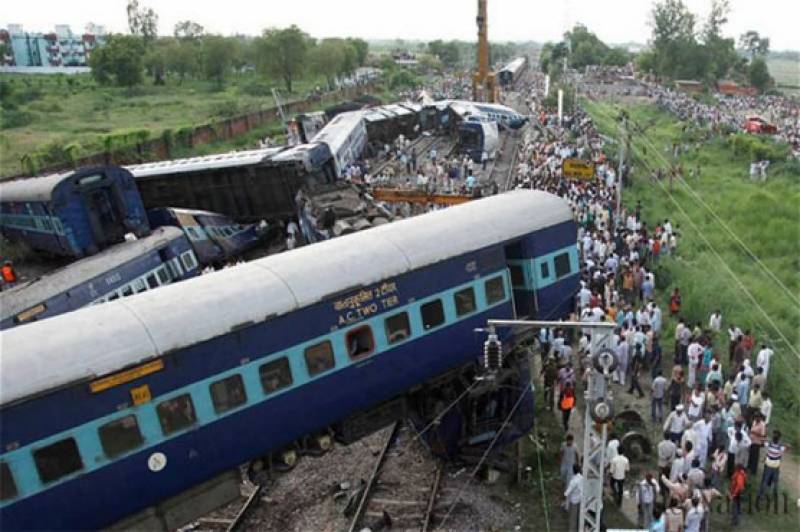 The train was heading for the Bihar state capital of Patna when the accident took place at 4:15 am (2245 GMT) when most travellers were asleep.

"Three passengers were killed and nine others are injured. We have evacuated those trapped inside the wagons and taken the injured to hospitals," local police chief Pratap Gopendra Singh told AFP.

The dead included a six-year-old boy and his father.

Singh said the blanket of fog over the region hampered the rescue operation. He said a fractured rail was suspected to have caused the accident.

Local television footage showed emergency workers clearing the site and upturned coaches near the tracks. Traffic on the main rail link was disrupted for several hours. The accident is the latest disaster to hit India’s creaking railways.

India’s railway network is the main form of long-distance travel, but is poorly funded, and deadly accidents often occur.

Four people were killed on Thursday when a train hit their vehicle at an unmanned railway crossing near Lucknow, the Uttar Pradesh capital.

The latest accident happened on the first anniversary of a derailment in the same state in which 146 people died.

Twenty-three passengers were killed in August after several coaches of an express train derailed and crashed into a college building in Uttar Pradesh.

A 2012 government report said almost 15,000 people were killed every year on India’s railways and described the loss of life as an annual "massacre".