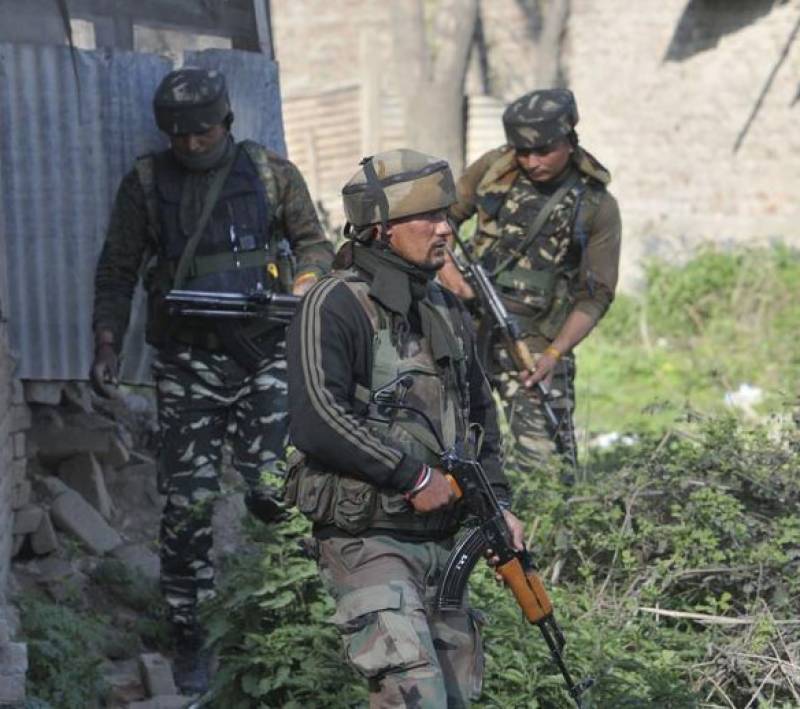 In Occupied Kashmir, Indian troops launched a cordon and search operation in Bellow and its adjoining areas in Pulwama district, causing immense inconvenience to the local people.

Indian police and troops fired teargas shells to disperse the demonstrators, triggering clashes between the protesters and the forces’ personnel.

The Chairman of Hurriyet forum, Mirwaiz Umar Farooq, addressing a public gathering at Jamia Masjid in Srinagar termed as a cosmetic step the puppet administration’s announcement regarding withdrawal of cases against the youth detained on the charges of stone-pelting.

He demanded immediate release of all illegally detained Kashmiris including Hurriyet leaders and activists.

Meanwhile, a large number of leaders and activists of Jammu and Kashmir Liberation Front took out a march from Maisuma to Lal Chowk in Srinagar, today, after Friday prayers to express solidarity with the illegally detained Kashmiris and the Indian atrocities in South Kashmir.

A spokesman of All Parties Hurriyet Conference in a statement in Srinagar expressed concern over the deteriorating health of illegally detained ailing APHC leader, Peer Saifullah in Delhi’s Tihar Jail. He appealed to the world human rights organizations to impress upon the Indian government to provide medical aid to Peer Saifullah and other Kashmiri detainees lodged in the jails.

On the other hand, complete shutdown will be observed on Monday to protest against the ill-treatment meted out to the illegally detained Kashmiris languishing in different jails of the territory and India.

Call for the shutdown has been given by the Joint Resistance Leadership (JRL) comprising Syed Ali Gilani, Mirwaiz Umar Farooq and Muhammad Yasin Malik.

It is also aimed at registering protest against the brutalities of Indian forces in the territory particularly in South Kashmir.

The resistance leaders in a statement in Srinagar also announced that the JRL would hold a public programme at Lal Chowk in Islamabad on 15th of next month to give a befitting reply to the claims of India’s leadership that the Indian forces had succeeded in suppressing the Kashmiris’ freedom movement.