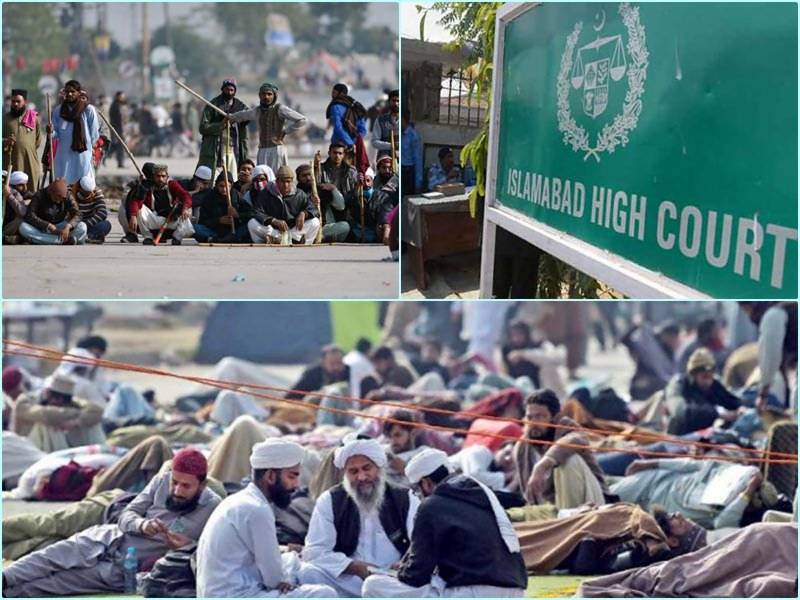 Justice Shaukat Aziz Siddiqui, while hearing the case, has issued notice of 'contempt of court' against Interior Minister Ahsan Iqbal for not obeying orders of the court regarding vacation of the interchange from protestors.

The high court also called the DIG police Islamabad, DG Intelligence Bureau and the Sector commander ISI to appear before the court on next hearing.

The hearing has now been adjourned till Monday.