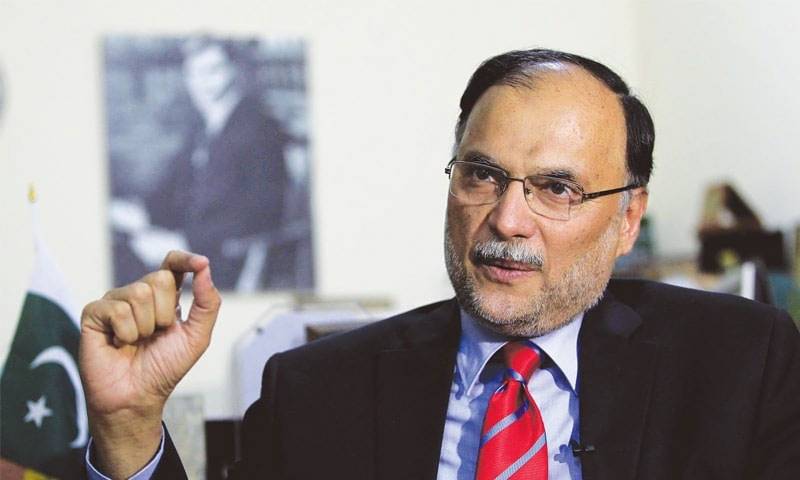 Minister for Interior Ahsan Iqbal has said that restoration of "The Finality of Prophethood Law" to its original form by the Parliament will make this law more effective.

Talking to a private news channel, he said the law was prepared by Parliamentary Committee which includes members from all the political parties.

The Interior Minister said Islamabad High Court has directed to end the sit-in of a religious party at Faizabad Interchange at the juncture of Islamabad and Rawalpindi.

He said government has taken several measures to solve the issue of Islamabad sit-in amicably.

Replying to a question, Ahsan Iqbal said next general elections will be held on their stipulated time.

He expressed the hope that Pakistan People's Party will not opt for any undemocratic move in the country.