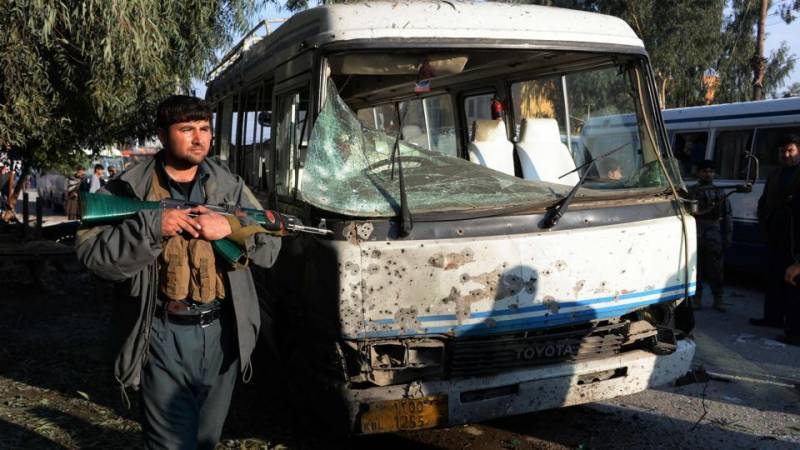 An Afghan official says a suicide attack has killed eight people and wounded 17 in the country's eastern Nangarhar province.

Attaullah Khogyani, spokesman for the provincial governor, says the suicide bomber targeted a local police commander who was recently dismissed from his job.

Thursday's attack took place in the provincial capital, Jalalabad. The officer, who was identified only as Akram escaped unharmed but two of his children were among those killed. The use of a single name is common among Afghan men.

Khogyani says the attacker detonated his explosives vest near the commander's house where his supporters had gathered to call on the government to give him back his job in the district of Khiwa district.

No group immediately claimed responsibility for the attack.