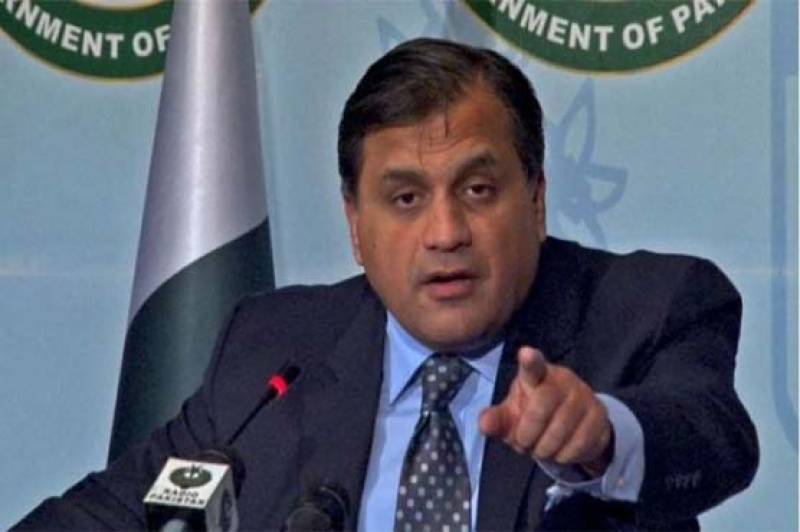 ISLAMABAD - Pakistan Thursday said any move by India to change the status of Jammu and Kashmir through constitutional amendments would be deemed as violation of the United Nations Security Council (UNSC)’s resolutions.

“In principle, there cannot be any change on Jammu and Kashmir until plebiscite is held in accordance with the UNSC resolutions,” Foreign Office Spokesman Muhammad Faisal said here at a weekly press briefing.

The spokesman was responding to statements by top Indian politicians who said abrogating the Article 370 of India’s Constitution, that grants special status to Jammu and Kashmir, would pave the way for valley’s freedom and resolution of the dispute.

He categorically said India could not amend the status of Jammu and Kashmir against the wishes of the Kashmiri people.

He mentioned the recent killing of 14 Kashmiris by Indian security forces in Shopian, Pulwama, Sopore and Bhadarwa districts and pointed that due to judicial immunity under the draconian laws, not a single culprit was sentenced.

The spokesman expressed grave concern over the ongoing standoff between the the United States (US) and Iran, saying that “Pakistan would support negotiations by any means”.

“Pakistan has a persistent stance and clear-stated position of supporting dialogue between the US and Iran, by adopting whatever mode suitable,” he said.

Asked if Pakistan would mediate between the US and Iran, he said Pakistan had been offering its services many times in the past and would be ready to play its due role in future as well.

Muhammad Faisal said Foreign Minister Shah Mehmood Qureshi would visit Saudi Arabia on May 27, to participate in the meeting of Organization of Islamic Cooperation.

The spokesman dismissed reports about the government of Bangladesh denying visas to Pakistanis and said the press briefing by the Bangladeshi foreign minister on May 21, made it clear that Bangladesh had not stopped issuing visas to anyone.

He said Pakistan wanted friendly relations with all countries including Bangladesh and was trying to address all pending matters on the basis of reciprocity.

He confirmed that Cultural Attache of Somalia Usman Abdullahi Hussain on May 17, met an accident at Nazimuddin-Marvi Road, hitting a Pakistani motorcyclist named Mushtaq Kiyani, resident of Bhara Kahu who could not succumb to his injuries.

On the same day, however, the Somalian ambassador was summoned to Foreign Office and conveyed that an appropriate action would be taken against the diplomat as per Vienna Convention and law of the land, he added.