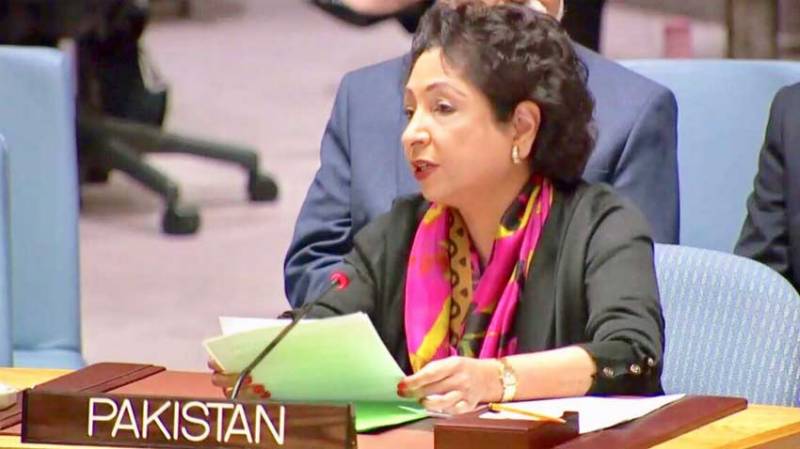 At the United Nations, Pakistan's permanent Ambassador Maleeha Lodhi has urged the UN Security Council to resolve the longstanding conflicts on its agenda including Kashmir and Palestine.

Speaking in an open Council debate on Protection of Civilians in Armed Conflicts, she said Indian occupation forces are continuing human rights violations in Occupied Jammu and Kashmir.

The Ambassador pointed out that reports of the use of torture as an instrument of repression in Indian occupied Jammu and Kashmir have been verified by the Special Rapporteur on Extrajudicial Executions and Torture and by prominent rights groups in India.

She said the Security Council, as the primary body tasked with maintaining international peace and security, should focus on the root causes of emerging and longstanding conflicts, including Palestine and Jammu and Kashmir, and find inclusive political solutions to them.