Gilani denounces use of military by India to suppress voice of Kashmiri people
24 May, 2019 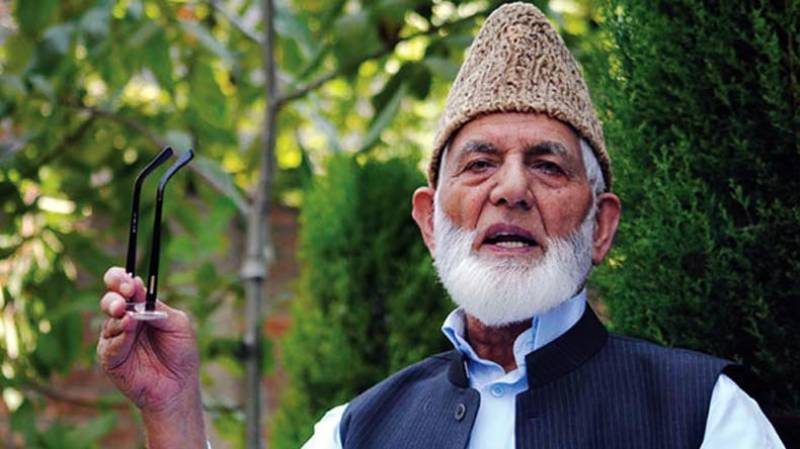 In occupied Kashmir, the Chairman of All Parties Hurriyat Conference, Syed Ali Gilani, has denounced the naked use of military might by India to suppress the political will and voice of the Kashmiri people.

According to Kashmir Media Service, Syed Ali Gilani in a statement in Srinagar demanded a high-level probe into the extrajudicial killings, random arrests and massacres in the garb of cordon and search operations by Indian forces across the territory.

Hurriyat leaders including Muhammad Ashraf Sehrai, Mushtaq-ul-Islam, Abdul Samad Inqilabi and Zafar Akbar Butt, in their statements in Srinagar paid rich tributes to the two Kashmiri youth martyred by Indian troops in Kulgam district, yesterday. They said that the Kashmiri youth were rendering their lives for a sacred cause and their sacrifices would not be allowed to go waste.

The Jammu and Kashmir Muslim League in a statement said that the occupation authorities were prolonging the illegal detention of party Chairman, Masarrat Aalam Butt, and not releasing him even the High Court had quashed his 37th detention order issued under draconian law, Public Safety Act.