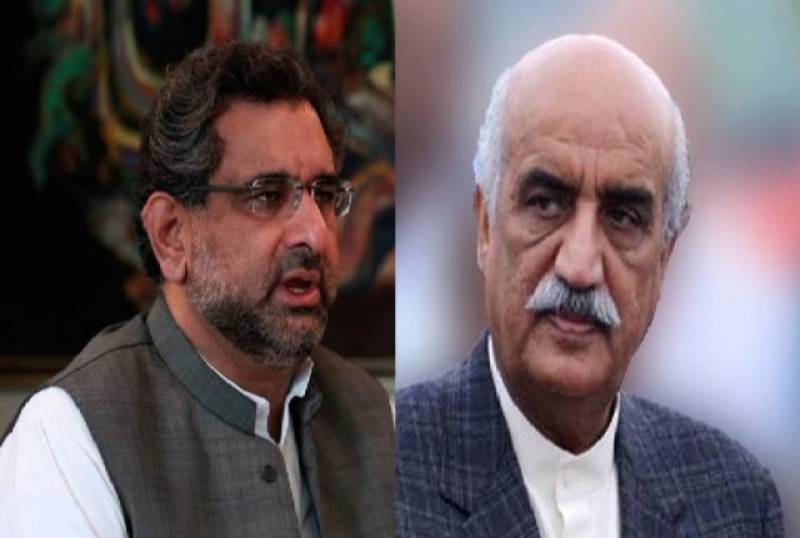 ISLAMABAD: Opposition Leader in the National Assembly Khurshid Shah said that the government is backtracking on its original agreement over the caretaker PM.

The current government’s term ends May 31. A caretaker setup will then take over and hold the general elections in the next 60 days.

PM Shahid Khaqan Abbasi and Shah were unable to reach a mutual decision on the name of the caretaker PM. They last met at the PM Secretariat in Islamabad on Tuesday. “The PM has said that we can consider one or two more names today and tomorrow,” said Shah. According to him, the PM liked the names that the PPP proposed.

On Monday, Pakistan Peoples Party finalised two names for the interim PM: former PCB Chairman Zaka Ashraf and Jalil Abbas Jilani, a former Pakistani ambassador to Washington. Asif Ali Zardari and Bilawal Bhutto finalised the names. Zardari called the two nominees of the party on phone, telling them that they have been chosen for their hard work and honesty. Opposition Leader in the National Assembly Khurshid Shah has forwarded the names to PM Shahid Khaqan Abbasi.

PTI rejected Ashraf’s name and said it had reservations over Jilani’s name.

The road so far

On May 18, PM Abbasi and Khurshid Shah had to cut short their meeting at Parliament House as the PM had to fly to Turkey on an official visit. The next meeting happened on Tuesday upon the PM’s return.

“The PM and I will announce the name of the caretaker PM together,” said Shah on May 18. “Consultation is still going on.”

On May 11, Shah had said he will reveal the name of the caretaker PM on May 15. Shah had told the media on May 11 that he and PM Shahid Khaqan Abbasi had agreed upon a name for the caretaker PM. “It’s a secret for now,” he said. “I will announce the name on May 15.” According to Shah, they have yet to make the name public because of the media’s tendency to create hue and cry about every other issue. “I am good at keeping secrets,” said Shah. “I will not reveal the name ahead of time.”

On May 16, the Opposition Leader in the National Assembly said that he will make the name public in another two days. “I will have the final meeting with the PM in two days,” he said that day. “Asif Ali Zardari and Bilawal Bhutto Zardari gave me the right to choose the caretaker PM.”

On the other hand, Pakistan Peoples Party has finalised three names for the interim Sindh chief minister. They are considering the former chief secretary Fazlur Rehman, former election commissioner Sonu Khan Baloch and Zahid Qurban Alvi, who was the caretaker CM in 2013. Rehman has also served as the secretary of ports and shipping.

The provincial government completes its tenure on May 28. APP/AFP