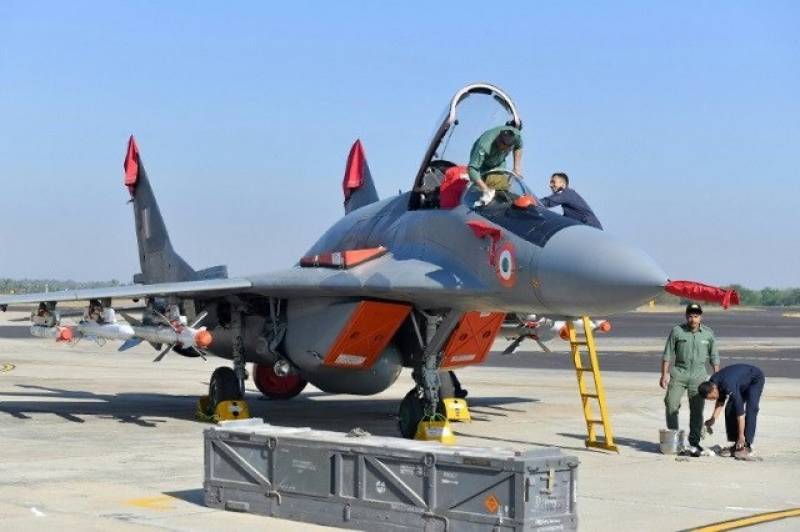 When 20 Indian soldiers were killed in a recent border clash with China, the military hardware New Delhi sent to bolster its Himalayan frontier was mostly Russian-origin, showing not for the first time its closeness to "longstanding and time-tested friend" Moscow.

India has abstained on UN resolutions censuring Russia and continues to buy Russian oil and other goods, despite pressure from Western countries.

In the Cold War, officially non-aligned India leaned towards the Soviet Union -- in part due to US support for arch-rival Pakistan -- buying its first Russian MiG-21 fighter jets in 1962.

These military ties were cemented by two watershed events: India's humiliating defeat to China in a 1962 border war and the war with Pakistan in 1971 that led to the creation of Bangladesh.

During the latter, the USSR sent ships to the Indian Ocean to deter a direct US intervention to help Pakistan. Shortly before the two had signed the landmark Indo–Soviet Treaty of Peace, Friendship and Cooperation.

Russia "always remained immune to external pressure and supplied us when we needed it, and have not slipped," Nandan Unnikrishnan of the New Delhi-based Observer Research Foundation told AFP.

"The Ukraine war doesn't change our neighbourhood situation, so why should we even consider replacing our long-tested and trusted supplier without any practical replacement?" he said.

When the Soviet Union collapsed in 1991, 70-85 percent of the Indian military's hardware was Russian, and in recent years India has sourced more from elsewhere -- notably France, the US and Israel -- and made more itself.

But according to the Stockholm International Peace Research Institute, not only does Russia remain India's biggest supplier of major arms but New Delhi is also Moscow's largest customer in this field.

From 2017-21, India was the world's largest importer of major arms, and 46 percent of them were Russian. Some 28 percent of Russia's arms exports went to India, and account for the lion's share of the two countries' overall trade.

Almost all of India's estimated 3,500 battle tanks are Russian-made or designed -- built in India on license -- while the bulk of its combat aircraft are Sukhois and MiGs.

India's sole operational aircraft carrier is the refurbished Soviet-era Admiral Gorshkov, four of its 10 destroyers are Russian-origin, as are eight of its 14 non-nuclear-powered submarines.

"With that kind of a dependency it is very difficult for India to take any other stand on Russia," Manoj Joshi, an author and former member of a government task force for reforms in national security told AFP.

But he said that the dependency doesn't end with buying equipment. For sometimes decades afterwards, it needs upgrades, maintenance, spares and other support from Russia.

India and Russia are also cooperating in defence, for example in making BrahMos cruise missiles, one of which India claims to have accidentally fired at Pakistan this month.

Russian kit is also relatively cheap, and Western countries are much more reluctant than Moscow to transfer technology to allow arms to be made in India, experts say.

"The US sells everything with an end-user condition and still won't sell us a certain class of weapons -- unlike Russia," said Joshi. -APP/AFP