In a blow to India, OIC endorses Pakistan’s stance against India over accidental firing of cruise missile into Pakistani territory
24 Mar, 2022 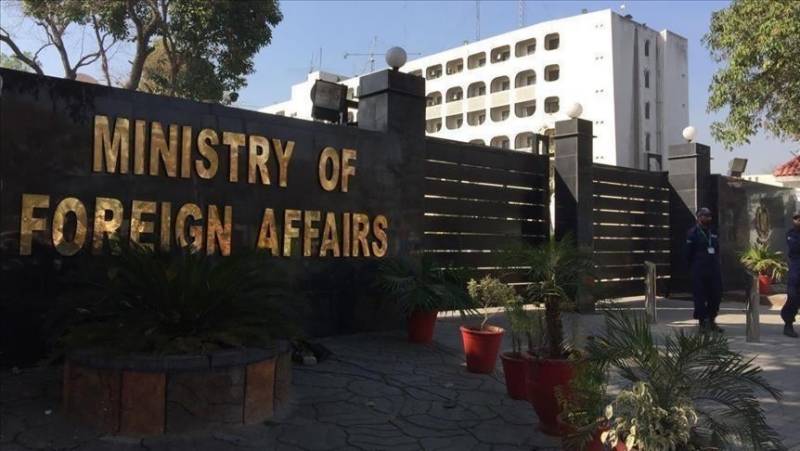 The foreign ministers of the Organization of Islamic Cooperation (OIC) have endorsed Pakistan’s call for a joint probe to establish the facts surrounding the "accidental" firing of a missile into Pakistan from India earlier this month.

In a resolution adopted Wednesday at the culmination of the two-day OIC Foreign Ministers Summit in the capital Islamabad, the top diplomats expressed "serious" concern over the incident, said a statement from Pakistan's Foreign Ministry.

New Delhi on March 11 acknowledged that "in the course of routine maintenance, a technical malfunction led to the accidental firing of a missile" on March 9 that landed in the city of Mian Channu in northeastern Punjab province, some 250 kilometers (155 miles) from the Indian border.

Regretting the incident, India said it had ordered an inquiry into what happened.

Pakistan, however, demanded a joint probe into the rare incident.

The incident, the resolution said, constituted "multiple violations of international law, the UN Charter, Articles on the Responsibility of States for Internationally Wrongful Acts, civil aviation rules and safety protocols, and endangered human life and property, besides posing a grave threat to regional and international peace, security and stability."

Calling on India to "fully" abide by its international obligations, the resolution stresses that the duty to protect dangerous arsenals and materials and systems related to weapons of mass destruction (WMDs) as well as to ensure nuclear security is a strict liability obligation under international law.

It further calls on the UN secretary general and relevant international bodies, including the UN Security Council and the International Civil Aviation Authority (ICAO), to pursue the matter with India, in line with their mandated duties, to "accurately establish the facts to prevent such occurrences in the future."

It exhorts the international community to take serious notice of the incident of grave nature in a nuclearized environment and play its role in upholding strategic stability in South Asia.

The foreign ministers urged India to work constructively with Pakistan for enhancing regional security and stability through the settlement of outstanding disputes and positively respond to Pakistan’s proposal for a Strategic Restraint Regime, including measures for arms control, restraint and confidence building.