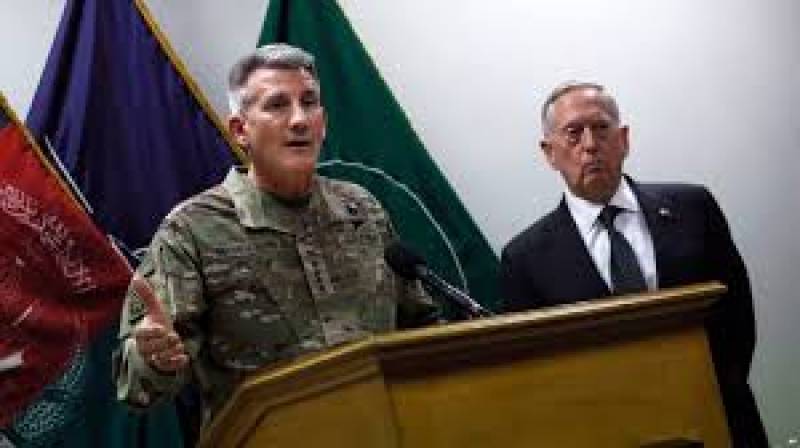 MOSCOW:The head of US forces in Afghanistan has claimed Russia is supporting and supplying arms to the Afghan Taliban.

In an exclusive interview with the BBC, General John Nicholson said he has seen "destabilising activity by the Russians."

The top US general claimed that Russian weapons were smuggled across the Tajik border to the Afghan Taliban. However, he could not say in what quantity.

In the past, Russia has denied such US allegations citing a lack of evidence.

But the new claims come at a sensitive time in Russia's ties with North Atlantic Treaty Organization (Nato) powers.

"We see a narrative that's being used that grossly exaggerates the number of Daesh fighters here," General Nicholson told BBC News. "This narrative then is used as a justification for the Russians to legitimise the actions of Taliban and provide some degree of support to the Taliban."

"We've had stories written by the Taliban that have appeared in the media about financial support provided by the enemy. We've had weapons brought to this headquarters and given to us by Afghan leaders and said, this was given by the Russians to the Taliban," he continued.

"We know that the Russians are involved," the head of US forces in Afghanistan asserted.

General Nicholson who has spent most of his career in the conflict in Afghanistan, believes direct Russian involvement with the Taliban is relatively new.

He said Russia has conducted a series of exercises on the Afghan border with Tajikistan.

"These are counter-terrorism exercises," says General Nicholson, "but we've seen the Russian patterns before: they bring in large amounts of equipment and then they leave some of it behind."

The implication is that these weapons and other equipment are then smuggled across the border and supplied to the Taliban.

The general admitted it is hard to quantify how much support Russia is actually giving the Taliban, but senior Afghan police officers and military figures have told the BBC that it includes night vision goggles, medium and heavy machine guns as well as small arms.

Afghan sources say these weapons are likely to have been used against Afghan forces and the Nato advisers who support them on some combat missions.

However, Russia is not an obvious ally of the Taliban, the report noted. But added that Russian and Taliban interests could be becoming more closely aligned. APP/AFP