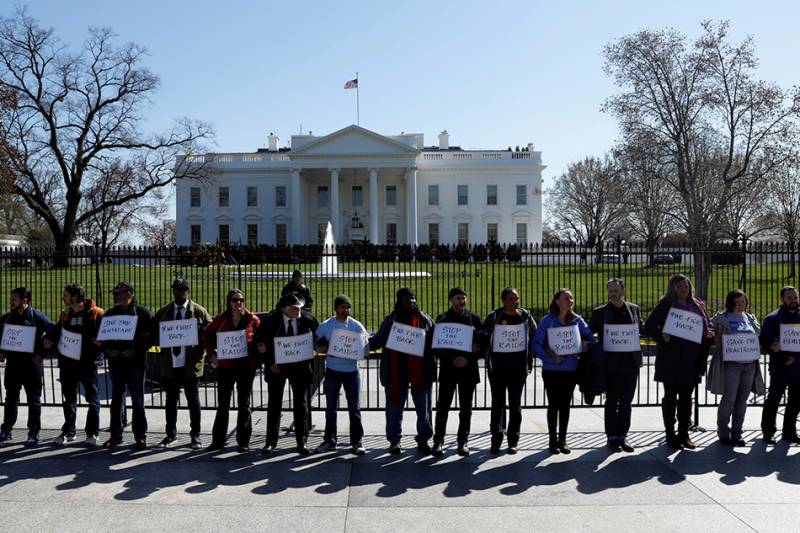 WASHINGTON: (APP) US President Donald Trump's bid to repeal his predecessor's signature health care law suffered a bitter blow Thursday, as opposition from within his Republican Party forced the delay of a crucial vote in Congress.

"No vote tonight," a House leadership source told AFP, signaling a stunning political setback for Trump -- who prides himself on his dealmaking skills -- to win sufficient support for a Republican bill repealing and replacing Obamacare.

The president and his lieutenants repeatedly voiced optimism about the bill's prospects and said they had made progress in convincing doubters to join his camp in dismantling the Affordable Care Act.

But the votes for Trump's plan -- dubbed the American Health Care Act -- weren't there.

"I am still a no at this time. I am desperately trying to get to yes," said Mark Meadows, chairman of the conservative House Freedom Caucus, whose members have demanded major changes to the plan before giving their blessing.

While Meadows sought to portray optimism about the process, he revealed the width of the gap between Trump and plan opponents.

"At this point, we are trying to get another 30 to 40 votes that are currently in the 'no' category to 'yes,'" Meadows said after meeting with his caucus.

"Once we do that, I think we can move forward to passing it on the House floor."

House Republicans were preparing to head into a closed-door conference at 7:00 pm (2300 GMT) to thrash out their differences and perhaps come to agreement on a way to bring enough Republicans on board.

A White House official said the expectation was for a vote Friday, and downplayed suggestions that Trump had failed to close the deal, claiming the delay did not spell doom for the measure.

"The vote will be in the morning to avoid voting at 3 am," the official said.

"We feel this should be done in the light of day, not in the wee hours of the night and we are confident the bill will pass in the morning," the official said.