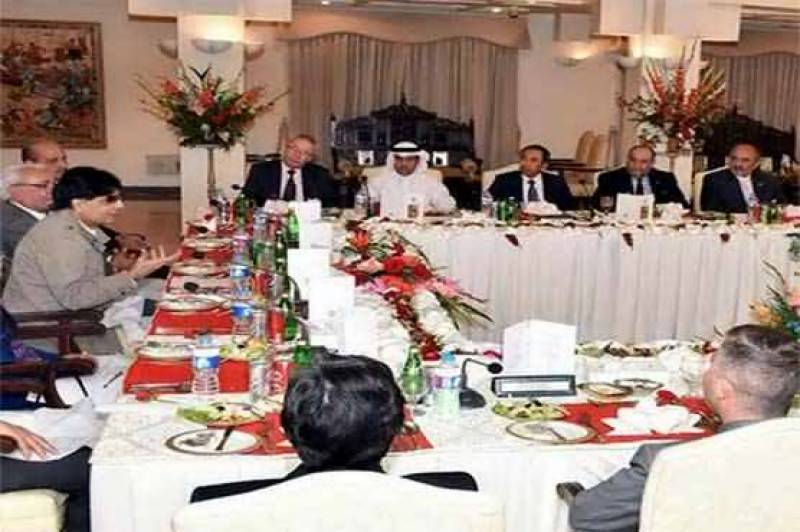 ISLAMABAD: It was decided in the meeting of Muslim Ambassadors in Islamabad on Friday that the matter of blasphemous content over social media will be raised in the United Nations.

The meeting was chaired by the Federal Interior Minister Chaudhry Nisar Ali Khan.

It was also decided in the meeting to formulate a joint strategy in order to address the issue of blasphemous content on social media.

Moreover, a formal reference will also be sent to the secretary generals of the Arab League and OIC in this regard.

It was also agreed during the meeting that as soon as response is received from the government of the Islamic countries, the matter will subsequently be raised at the level of United Nations.

Chaudhry Nisar Ali Khan revealed at the occasion that the international community must acknowledge the fact that distortion of any religion is also a form of terrorism.