Pakistan-Saudi Arabia to learn from each others experience in Counter Terrorism
24 Mar, 2017 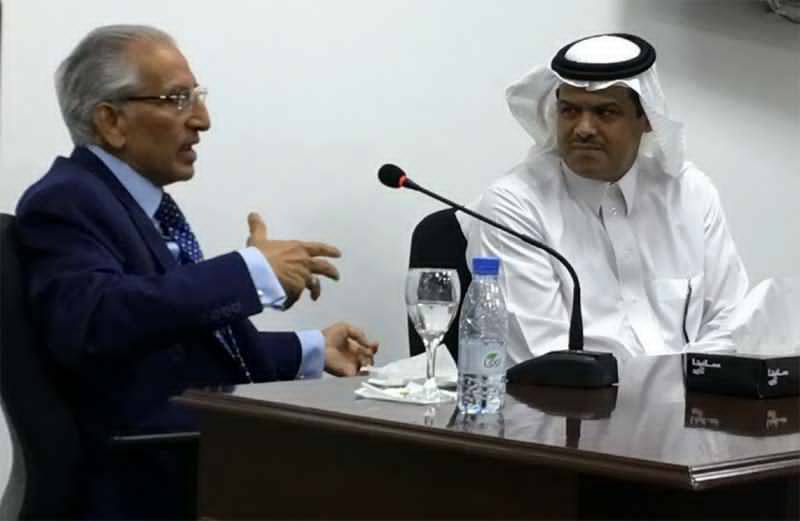 Special Assistant to Prime Minister on Foreign Affairs Syed Tariq Fatemi has said the international community must coordinate its efforts for complete extirpation of terrorism.

He expressed these views in a lecture to the Saudi diplomats at newly established Prince Saud Al-Faisal Diplomatic Institute in Riyadh delivered on invitation of Foreign Minister of Saudi Arabia Adel Al-Jubeir.

The Special Assistant said terrorism is one of the most daunting challenges confronting the world at present and needs to be dealt with deeper understanding of its root causes to be worked out on the intellectual plain.

He said Pakistan has rendered countless sacrifices in fight against terrorism and has successfully and comprehensively fought the menace.

During the course of his lecture, Syed Tariq Fatemi highlighted the importance of bilateral relations between Pakistan and Saudi Arabia, which were based on common history, religion and culture.

He said Pakistan's relations with the Kingdom were of a strategic nature and were regularly strengthened by their shared views on regional and global matters.

Tariq Fatemi said Pakistan and Saudi Arabia should learn from their respective experiences in counter terrorism.

He appreciated the efforts by Crown Prince Muhammed bin Naef, in the realm of counter-terrorism and said that such efforts needed to be emulated by other countries.

The Special Assistant urged the young diplomats to strive for acquiring knowledge and developing skills, to face the challenges of modern day diplomacy, so to serve their country to the best of their abilities.