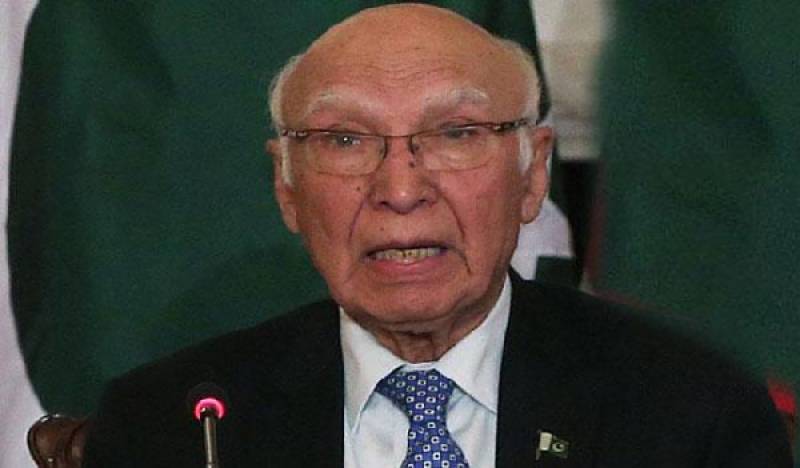 ISLAMABAD: (APP) Advisor to Prime Minister on Foreign Affairs, Sartaj Aziz on Friday said that Pakistan wanted to talk with India on all issues including Kashmir.

Talking to PTV, he said, "We had started composite dialogue with India and discussed many points."

"Pakistan is for all and everyone should contribute for its progress and building, " he stated.

He said, "We will have to take forward the vision of a welfare state of Quaid-e-Azam."

He said that Quaid-e-Azam's struggle and vision for freedom movement would always be remembered. He said that the Quaid had given us the country where all the religions can hold their rights.