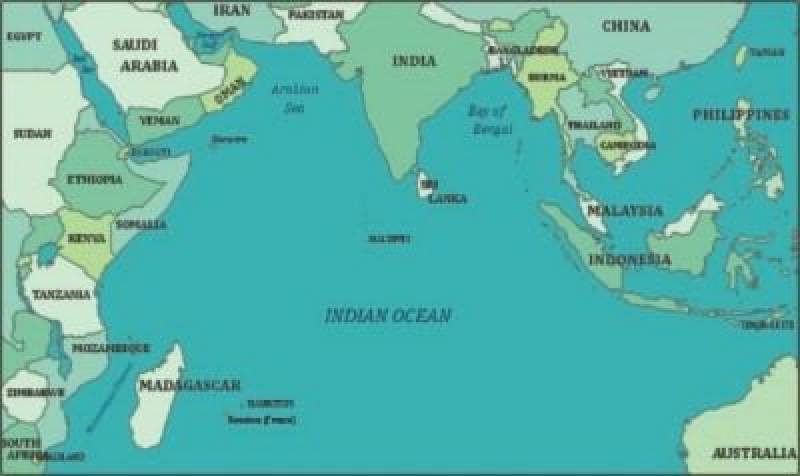 ISLAMABAD: Emerging challenges in the Indian Ocean Region (IOR) pose a serious threat to Pakistan’s security and interests and a comprehensive strategy is required for addressing them.

This was the conclusion of a roundtable on Maritime Security hosted by Center for Pakistan and Gulf Studies in collaboration with German Foundation Konrad Adenauer Stiftung on Friday.

The round table had concluded that challenges to peace in IOR are mainly emanating from its nuclearisation and power projection by states maintaining presence in the area and emerging alliances in the region.

Additionally, challenges like terrorism, piracy and environmental concerns are further complicating the scenario. Pakistan’s participation in China’s One-Belt One Road initiative, meanwhile, adds to the urgency for developing a strategy for dealing with the threats to peace.

Pakistan has already taken several steps including the raising of a special maritime force Task Force - 88 (TF-88) for protection of Gawadar Port and its sea lanes. But, CPGS believes a bigger effort is required.

President CPGS Senator Sehar Kamran said: “Pakistan's stakes in the maritime arena are extremely high, which are directly impacted by multifaceted threats and challenges, both traditional and non-traditional threats, but more importantly the emerging Indo-US strategic partnership, an increased Chinese interest and presence in the region, Indo-Iran and Indo-Gulf cooperation, Indian ambitions and the nuclearisation of the ocean.”

The national conference is, therefore, being held to deliberate on the complex milieu and intertwined interests and strategic concerns and propose the future course of action and responses.