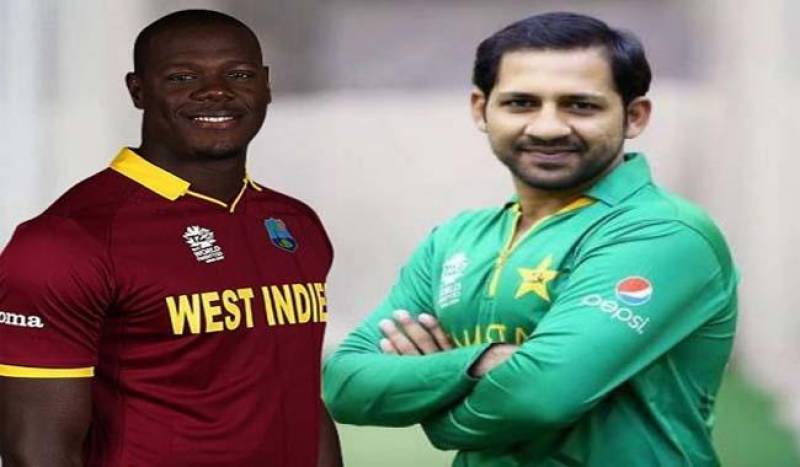 BRIDGETOWN, BARBADOS: World champions West Indies will be seeking to erase the recent memory of a pitiful showing in the United Arab Emirates when they commence a T20 International series against Pakistan at Kensington Oval in Barbados on Sunday.

With their strife-torn squad obliterated in all three matches at the start of the campaign in the UAE last September, Carlos Brathwaite´s team has the opportunity to make an immediate statement on home soil against a Pakistan side that has also been inactive as a national unit since those comprehensive triumphs in Dubai and Abu Dhabi.

However, a cloud hangs over the visitors in the aftermath of a corruption scandal that emerged during last month´s Pakistan Super League with five players, including regular internationals Sharjeel Khan and Mohammad Irfan, prevented from leaving their homeland as investigations continue into spot-fixing allegations.

Their absence presents an opportunity, either for players emerging from a period in the wilderness, like opening batsman Ahmed Shehzad and veteran all-rounder Mohammad Hafeez, or newcomers like Shadab Khan and Fakhar Zaman to stake their claims to regular international duty.

Sunday´s match is the first of four -- a rarity in bilateral T20 International series -- with the remaining three at the Queen´s Park Oval in Trinidad at the end of the week.

Yet for all the excitement and hype generated by cricket´s most abbreviated and lucrative format, it is fair to suggest that both teams will have a greater level of focus and intensity in the three-match One-day International series that follows in Guyana, especially with the West Indies desperate to stay in the hunt for an automatic qualifying spot for the 2019 Cricket World Cup in England.

Trounced 3-0 in their own backyard by the English just two weeks ago, including a 186-run humiliation at Kensington Oval in the final match, the two-time former World Cup winners continue to languish in ninth spot in the rankings on 84 points, five behind the Pakistanis, who will want to ensure they maintain that eighth spot and even improve to advance automatically to the World Cup.

Pakistan have already pipped the West Indies for the last available spot at June´s Champions Trophy in England, and although the Caribbean side will still have the chance to get to the World Cup via the qualifying tournament in Bangladesh next year, failing to qualify as one of the top eight teams will be seen as yet another embarrassment for the one-time undisputed kings of the game.

In what is believed will be his final series before bowing out of the international game, Misbah ul Haq will then lead Pakistan in three Tests at the conclusion of the ODI duel as the visitors seek to make history by winning a Test series in the Caribbean for the first time.

Pakistan briefly reigned at the top of the Test rankings during the series against the West Indies in the UAE last November, although defeat to Jason Holder´s men in the final Test in Sharjah not only halted their quest for a clean sweep of the entire campaign but triggered a decline with the Pakistanis being swept in two Tests in New Zealand and three in Australia.