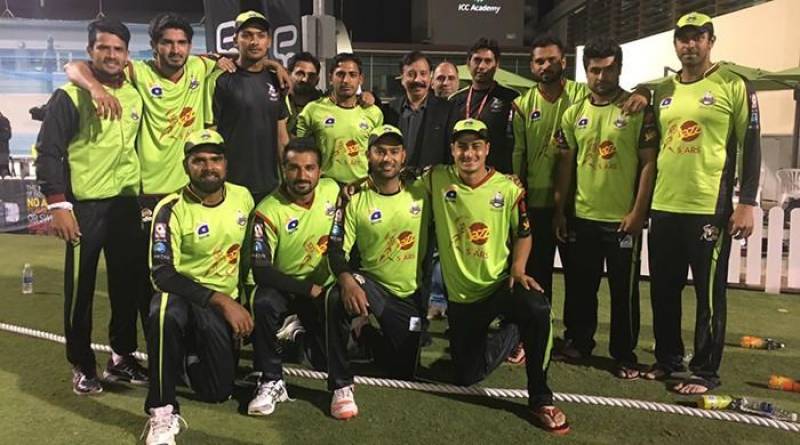 DUBAI: The rising stars of Lahore Qalandars provided a perfect Pakistan day gift to the nation with a six runs win against Birmingham Bears in Emirates T20 cup on Thursday in Dubai.

Ameer Hamza and Bilawal Bhatti smashed some good shots towards the end of innings to help Lahore post a defendable total after some middle order hiccup.

Hamza stroked three boundaries for 14-ball-22 while Bhatti smashed one six and one four to score 11 off 3 deliveries.

Sukhjit Singh got four wickets for Birmingham Bears (the T20 name for the Warwickshire county).

After a decent batting show, Lahore Qalandars showcased disciplined bowling to restrict Birmingham Bears, who was led by England's Ian Bell, to 138/6.

Lahore Qalandars will now play Lancashire Lightning in the morning season on Friday and the winner of match will qualify for the final of Emirates T20 from the group.