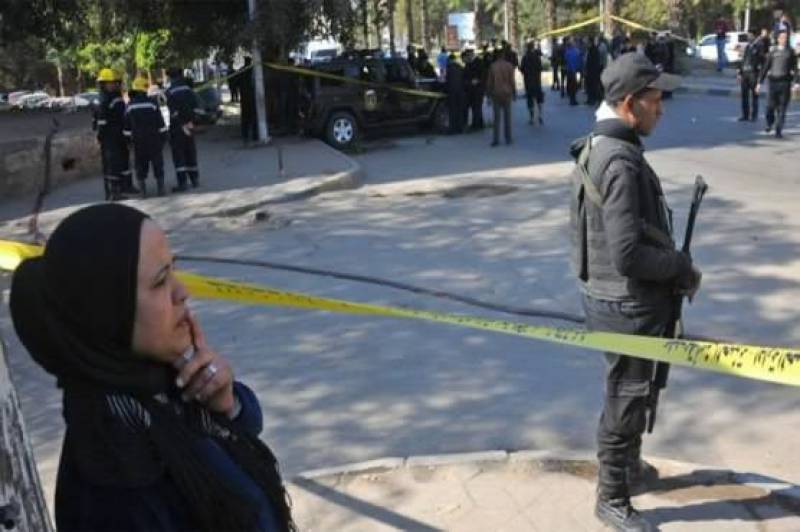 CAIRO (AFP) - Ten Egyptian soldiers were killed in two roadside bombings as they clashed with Islamic State group jihadists in the Sinai Peninsula, the military said on Thursday.

Fifteen jihadists were also killed in the fighting, the military said in a statement, without saying when the incidents took place.

The military said the clashes broke out when soldiers raided "an extremely dangerous" jihadist hideout.

It said soldiers found a cache of explosives and bombs ready for use as well as grenades and ammunition.

The Islamic State group had said in a statement on Wednesday afternoon that it blew up two army vehicles during clashes south of the Sinai city of El-Arish.

The jihadists have killed hundreds of soldiers and policemen since the army overthrew Islamist president Mohamed Morsi in 2013 and cracked down on his supporters.

The crackdown killed hundreds of Islamist protesters who supported Morsi and left thousands in jail.

The attacks have mostly been confined to Sinai, which borders Israel and the Palestinian Gaza Strip, but the jihadists have also struck elsewhere.

In October 2015, the group claimed responsibility for bombing a Russian airliner carrying holidaymakers from a south Sinai resort, killing all 224 people on board.

It has also claimed responsibility for firing rockets into neighbouring Israel.

In January a truck bombing killed seven policemen and a civilian passerby near El-Arish.

The jihadists have been increasingly encircled in the peninsula, with the military razing sections of a town bordering the Palestinian Gaza Strip to create a buffer zone and destroying tunnels there, while setting up checkpoints on routes out.

In August, the military announced it had killed the group s top leader in Sinai, identified as Abu Duaa al-Ansari, without providing further details.

The group has been unable to replicate its strategy in Iraq and Syria of seizing population centres, with one attempt in 2015 ending with the army unleashing F-16 fighters to force them to withdraw from the town of Sheikh Zuweid.

Three years into the insurgency, however, a decisive victory against the jihadists appears distant.

They have kept up a steady campaign of roadside bombings and sniper attacks, as well as assassinations of police officers and alleged informants.

They have also forced Coptic Christians to flee the peninsula after killing seven of them in El-Arish, after a bombing of a Coptic church in Cairo in December that killed 29 people.